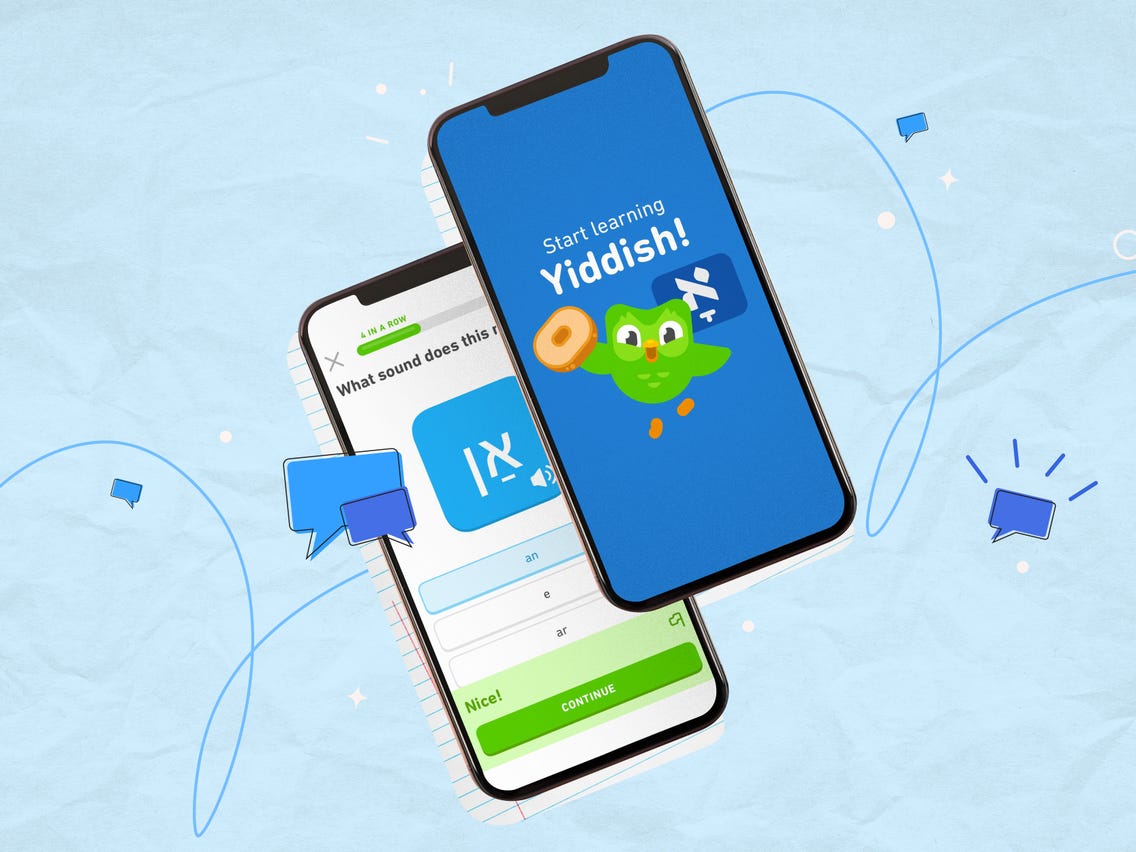 The latest language to be featured on the popular language learning app Duolingo’s menu is Yiddish! One of the most popularly used language platforms in the world, the portal began offering Yiddish lessons starting this Tuesday. According to Duolingo, some 10,000 students have already signed up to learn Yiddish.

After being popularly used for learning French, Spanish, and Chinese, Duolingo has also added courses in languages that are less widely used, such as Irish, Scottish Gaelic, Hawaiian — and now, as of April 6th, its 40th language is Yiddish. As per the classic teaching style of the app, users can now expose themselves to learning Yiddish five to seven minutes a day, complete with game-like lessons and quizzes.

It all begins with the app testing you on your existing knowledge of a language, assuming you’re not starting from scratch. It then starts, through repetition and examples, taking you through the basics and then into conversation, using different subjects (such as going to a restaurant, asking for directions, etc).

Meena Viswanath, who headed the project with her expertise in the language stated, “We used mostly the spelling and grammar that’s a little bit more formalized among the secular Yiddishists. But then when we recorded the audio, we used the pronunciation that is used in the vernacular among students, specifically in Borough Park in Brooklyn and so forth. So many people, especially Americans, are aware of Yiddish. But their awareness is often limited to stereotypes or a few phrases here and there that they heard their grandparents or neighbors say. I really hope that those people will open the course and start doing it and realize, ‘Hey, Yiddish is a real language, it’s got grammar, it has a vocabulary.’ ”

Although the program was supposed to be in December 2020, Duolingo wrote a note at the time, saying, “As you may already know, the Yiddish Duolingo team has tried working as effectively and quickly as possible in order to release the course before our previous goal of December 2020; however, due to unforeseen delays with the audio, we have had to postpone the release date to early 2021. We know you’ve already been waiting quite a long time, but we want to make sure that the sentences are pronounced clearly and correctly. Unfortunately, Yiddish does not have any TTS resources, meaning each sentence must be recorded individually. This is a very tedious and time-consuming process. We hope you understand and thank you for your patience!–Yiddish team.”

As of now, the course is in Phase 2, which is the Beta testing phase and is yet to graduate from it.