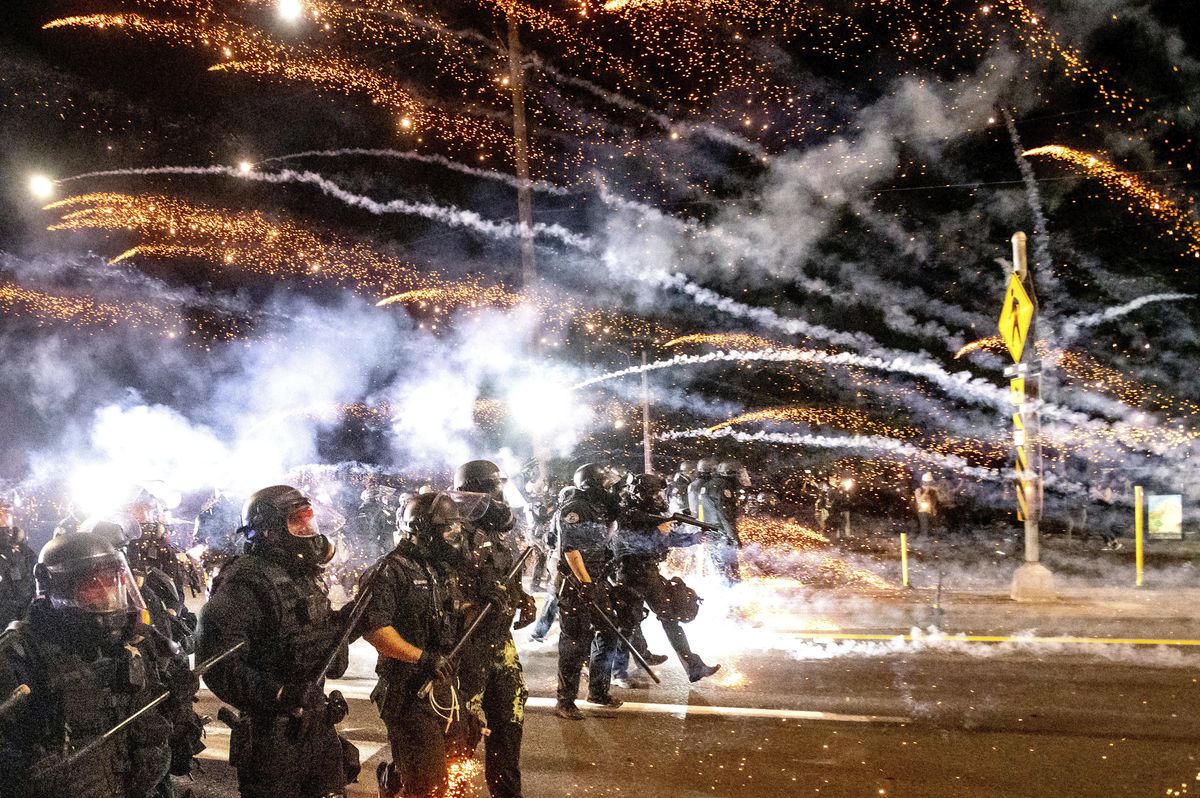 A protest that forayed into the 100th day after the brutal police killing of George Floyd in May, the Portland police, on Saturday night, made almost 50 arrests for “tumultuous and violent conduct”.

Marking the 100th-day of the gruesome events that led to the death of George Floyd at the hands of law enforcement officers, protesters in Portland threw rocks and firebombs at police who in turn made more than 50 arrests and used tear gas on Saturday night. Voicing out sentiments against racism and police brutality, the campaign took a violent turn in the Oregon state, late Saturday. Portland, despite being a white-dominated city, has seen nightly protests for more than three months that have at times turned into violent clashes between demonstrators and officers, as well as between right- and left-wing groups.

Floyd’s death triggered a wave of protests nationwide and sparked the ‘Black Lives Matter Campaign’ earlier this year but in Portland activists have remained on the streets practically every night, demanding racial justice and police accountability.

Police described what they called “tumultuous and violent conduct” by protesters on the city’s Southeast Stark Street. According to official police statements, one of the firebombs caught a community member on fire and he was taken to hospital, Portland. The police also added that a sergeant was struck by a commercial-grade firework that injured his hand.

Tweeting about the state of events, the Portland police said, “This is a riot. Police are giving announcements to disperse. People are throwing Molotov cocktails.” The officials also mentioned the use of tear gas among other crowd control measures to disperse the gathering of around 400.