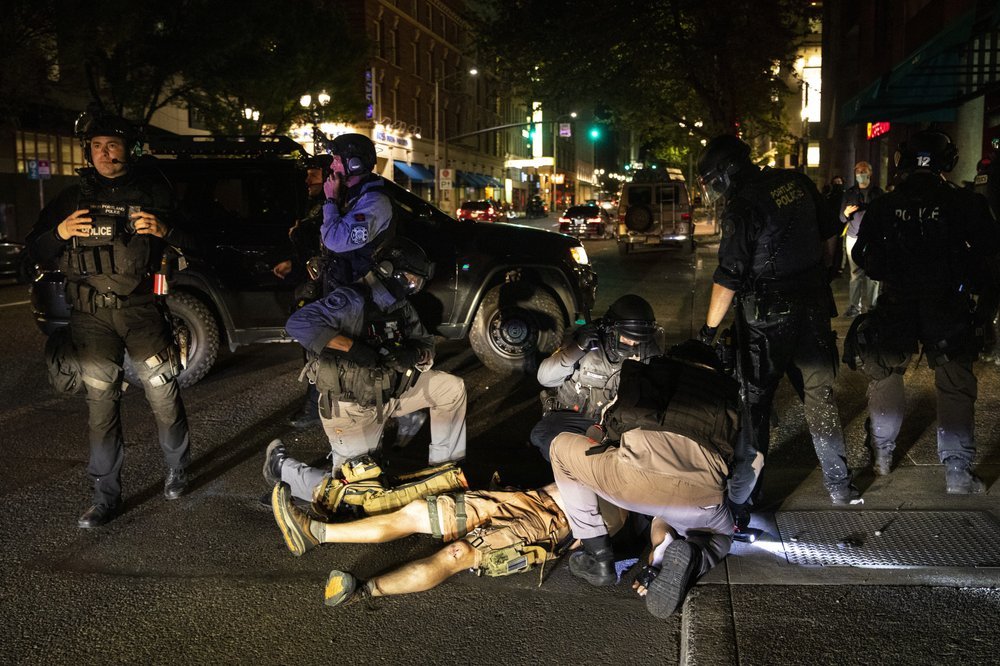 Michael Reinoehl, the man who was suspected to have fatally shot 39-year-old Aaron “Jay” Danielson, during an ongoing protest last Saturday, was killed Thursday as investigators moved in to arrest him, a senior Justice Department official told The Associated Press.

A prime suspect in the shooting of a supporter of a right-wing group named ‘Patriot Prayer’ in Portland, Oregon, last weekend, Michael Reinoehl, 48, was killed as a federal task force attempted to apprehend him in Lacey, Washington, the official told Associated Press. Further narrating the events that led to the shooting, the official mentioned that federal agents from the FBI and the U.S. Marshals Service had located Reinoehl on Thursday after a warrant was issued for his arrest. During the encounter, Reinoehl was shot by a law enforcement officer who was working on the federal task force.

An incident that had spurred a war of words between Democratic Presidential candidate Joe Biden and President Donald Trump, the federal shooting came around the same time Trump tweeted, Why aren’t the Portland Police ARRESTING the cold-blooded killer of Aaron “Jay” Danielson. Do your job, and do it fast. Everybody knows who this thug is. No wonder Portland is going to hell! @TheJusticeDept @FBI”

Immediately after the incident, President Trump had also taken to condemn Portland Mayor Ted Wheeler. He tweeted saying Portland “will never recover with a fool for a Mayor. He called Wheeler “weak and pathetic” in another later tweet, after which he again urged local leaders to call in the National Guard. Residents of Portland and other cities led by Democrats are disgusted with their leadership and with top Democrats in Washington, Trump said.”Wheeler is incompetent, much like Sleepy Joe Biden,” Trump tweeted. “This is not what our great Country wants. They want Safety & Security, and do NOT want to Defund our Police!”