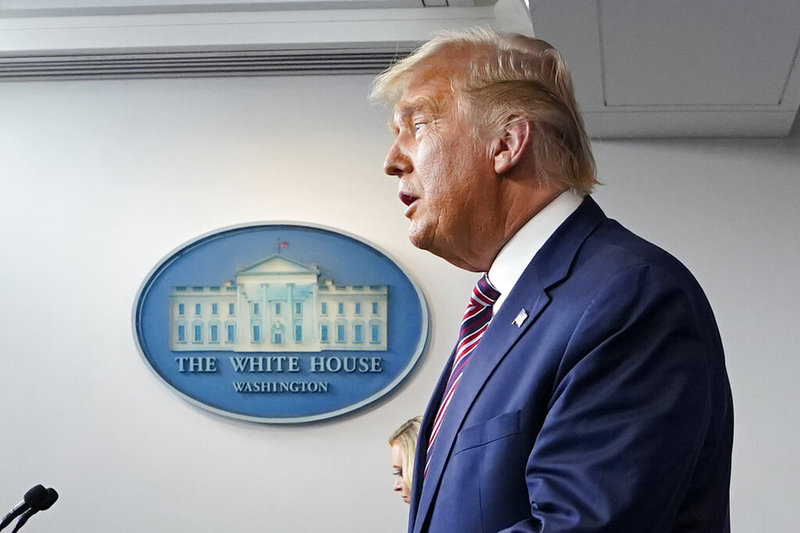 President Trump Addresses The Media, Claims He Would Win Easily If All ‘Legal Votes Are Counted’

Addressing members of the press at the James S. Brady press briefing room at the White House on Thursday evening, President Trump accused the Democrats of ‘stealing the election’, and quoted with confidence that his campaign will “not allow corruption to steal” the election.

Maintaining his confidence over potentially winning the elections, despite the unending hurdles, the President briefed the press, highlighting that his “goal is to defend the integrity of the election”, and that “we (the campaign) will not allow corruption to steal such an important election–or any election for that matter.”

“If you count the legal votes, I easily win,” the president said, adding that many polling places wouldn’t let “legally permitted observers” watch the ballot counting. This is a case where they’re trying to steal an election — trying to rig an election,” he said.

Drawing attention to the numerous discrepancies, Trump also substantiated his claims of a rigged election by saying, “We were winning in all of the key locations by a lot, and miraculously, our numbers started getting whittled away in secret.” The president has also continuously criticized the mail-in voting, saying that it would “destroy our system.”

Coming to one of the most important states, Pennsylvania, where the neck-to-neck battle persisted, the President said he was ahead by “700,000 votes, and that gets whittled down to 90,000 — and the ballots — they’ll keep coming and coming. They find them all over.”Filing multiple lawsuits against the unfair counting, in Pennsylvania, an appellate court judge cleared the way for the Trump campaign to more closely observe the canvassing of ballots by the Philadelphia County Board of Elections.

As per the order, Pennsylvania Commonwealth Court Judge Christine Fizzano Cannon ruled “all candidates, watchers, or candidate representatives be permitted to be present for the canvassing process” and “be permitted to observe all aspects of the canvassing process within 6 feet, while adhering to all COVID-19 protocols, including wearing masks and maintaining social distancing.”

Towards the end of the conference, the incumbent Commander-in-Chief said, “I challenge Joe and every Democrat to clarify that they only want legal votes — they say the word votes — we want legal votes to be counted. Openness and transparency, no illegal votes cast after Election Day