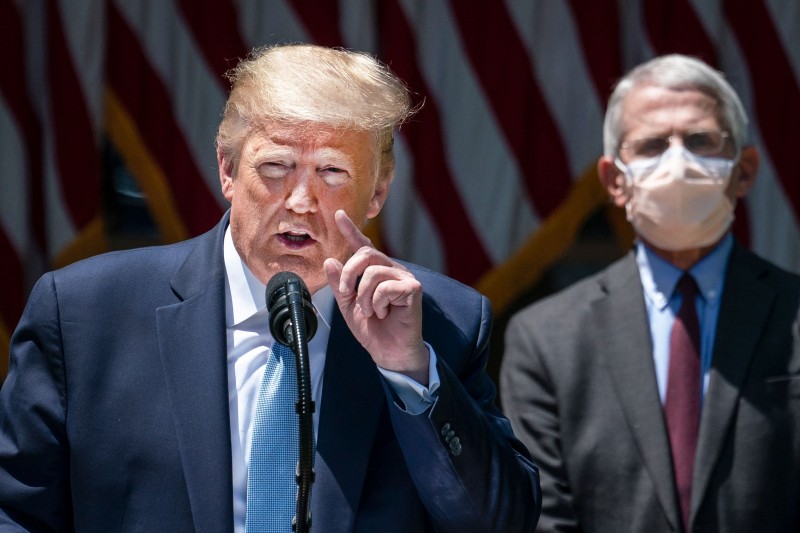 President Trump Cancels Plan For White House To Get Vaccines

Taking to Twitter at around midnight, President Trump said that he wants to cancel a reported plan that would offer White House staffers Pfizer’s coronavirus vaccine before most American frontline workers. The news, reported by Bloomberg and New York Times has claimed that the President, along with key officials would be party to getting the vaccine sometime this week, owing to the kind of work they do and the people they interact with.

In his tweet, the President said, “People working in the White House should receive the vaccine somewhat later in the program, unless specifically necessary. I have asked that this adjustment be made. I am not scheduled to take the vaccine but look forward to doing so at the appropriate time. Thank you!”

On Friday, as the FDA granted its approval to the Pfizer vaccine, the President tweeted, “The first vaccine will be administered in less than 24 hours,” Trump said Friday night at 9:30 p.m. The governors decide where the vaccines will go in their state, and who will get them first. We want our senior citizens, health care workers and first responders to be first in line.” The President also added in another tweet, “Today our nation has achieved a medical miracle. We have delivered a safe and effective vaccine in just nine months. This is one of the greatest scientific accomplishments in history.”

Also talking about Operation Warp Speed, President Trump said, “We have given Pfizer and other companies a great deal of money hoping this would be the outcome. And it was. On behalf of the American people, I would like to thank all of the brilliant scientists, technicians, doctors, and workers who made this all possible. Pfizer and Moderna have announced their vaccines are approximately 95 percent effective, far exceeding expectations.”

Meanwhile, the director of the Centers for Disease Control and Prevention on Sunday signed off on an advisory panel’s recommendation to approve Pfizer’s coronavirus vaccine — clearing the way for the first doses to be administered as soon a Monday, according to a report. Dr. Robert Redfield accepted the recommendation of the agency’s Advisory Committee on Immunization Practices made during an emergency session on Saturday that the vaccine can be given to people 16 and older.