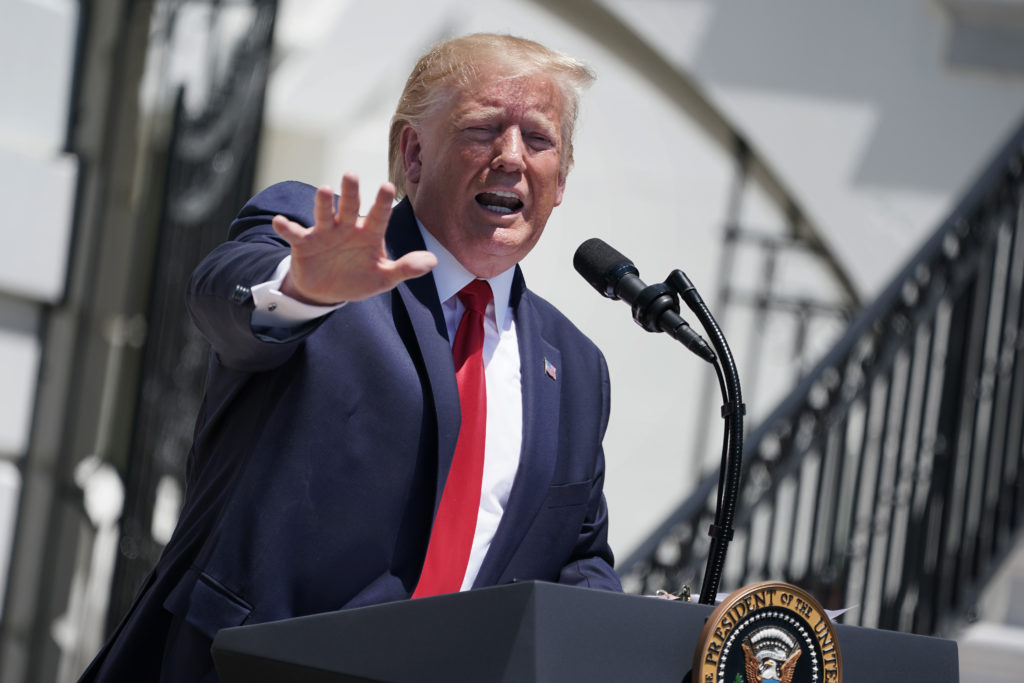 Calling the police shooting of 27-year-old Walter Wallace Jr. a “terrible event”, President Donald Trump directed Democrats in Philadelphia to control the unruly riots in the city, whilst stressing upon the fact that Joe Biden failed to condemn the protests sternly.

Slamming the Democrat-run state while talking to reporters on Wednesday, the President condemned the police killing of Wallace, who was reported to have been shot 14 times by two officers who had claimed that the man disregarded orders to drop a yielded knife.

Protests in Philadelphia erupted soon after the incident and have taken a violent and ugly turn over the two days following the incident. Burning cars, injuring the police, and looting stores, rioters have wreaked havoc on the city, leading to the deployment of the National Guard. In order for the situation to simmer, a city-wide curfew had been imposed last night, in order to deter protesters from stepping out again.

Commenting about the horrific nature of the protests, President Trump said, “The mayor or whoever it is that’s allowing people to riot and loot and not stop them is also just a horrible thing. I saw the event. Everybody did, it was on television. It was a terrible event. I guess that’s being looked at very strongly. We have the federal government looking at it also. But the rioting in Philadelphia has to stop. They have to stop it.”

Also stressing on the fact that Republican-run regions didn’t have such issues, the President drew the media’s attention towards his opponent Joe Biden, saying “This is a group that he supports. He doesn’t want to condemn them,” Trump said of the rioters. “I saw that he doesn’t want to condemn them. You have to condemn, you have to be strong. You can’t have chaos like that. And he’ll be very, very weak…The problem is Joe’s all talk and no action. You got to have some action.”

On the other hand, Biden also took to briefing the media over the incident, on Wednesday, wherein he said, there is “no excuse” for looting and rioting, “I think to be able to protest is totally legitimate, totally reasonable. But there’s no excuse for the looting.”

Meanwhile, Wallace’s father, who professed that his late son had a mental illness and could have been confronted by the police more empathetically, added that those who were engaging in violence and property destruction were “showing disrespect” to his son.