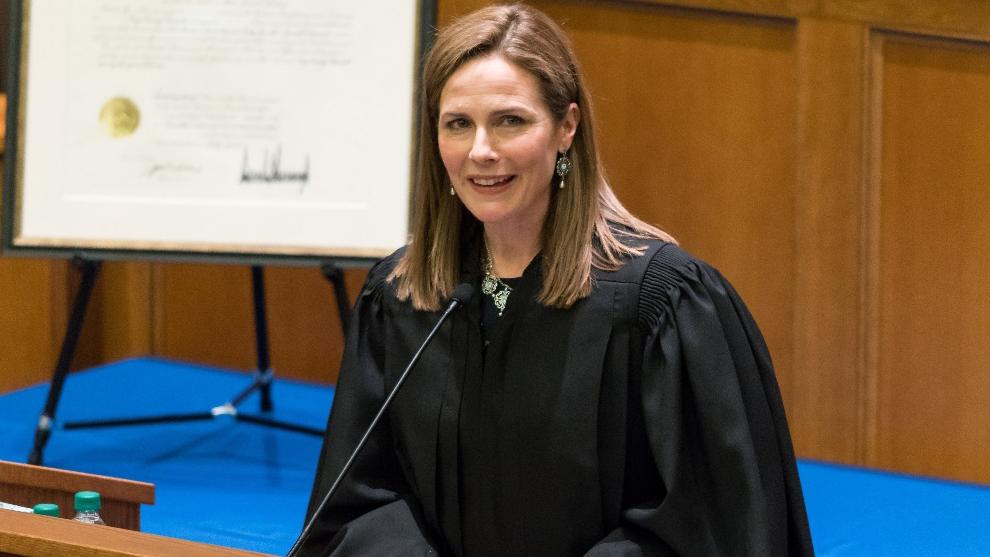 Determined to find a successor to the late Ruth Bader Ginsberg, President Trump reportedly met with potential Supreme Court Candidate Amy Coney Barrett, who by far is one of the most favorite picks in the run for the position of Associate Justice.

Promising supporters at a recent rally, President Trump stated that the succession of Justice Ginsberg’s seat will only go to a woman, in line with the late Justice’s ideals of gender parity and women empowerment.

The President met Barett on Monday afternoon at The White House, before leaving for a campaign trip to Ohio. This meeting was a clear indication of the prospective candidate being one of the top choices for the position. The president told reporters he was considering five women for Ginsburg’s seat. But sources familiar with the process say Barrett and Barbara Lagoa are the two judges being seriously considered.

When asked about Barrett by the media, Trump said, “She’s one of the people that’s very respected, but they’re all respected. She is certainly one of the candidates, yes.”

Barrett was a top choice for conservatives in 2018 when President Trump was to nominate a candidate in place of Justice Anthony Kennedy’s, but the position was awarded to Brett Kavanaugh. This is primarily why Barrett remains a popular choice among many Republican senators and conservative groups, and sources said she has an advantage having gone through the vetting process once before.

A former clerk for late Supreme Court Justice Antonin Scalia, Barrett was earlier nominated by Trump to serve on the 7th U.S. Circuit Court of Appeals in 2017. She was confirmed in a 55-43 vote by the Senate later that year, with three Democratic senators also supporting her nomination at the time.

When asked about the second most favorite choice Barbara Lagoa, the President said he plans to meet with at least a few of the candidates in person. The president said he “may” meet with Lagoa later this week when he is in South Florida. “She has a lot of support. I don’t know her, but I hear she’s outstanding. And she’s one of the people we’re looking at,” he said.

Despite the Democrats voicing out against the selection, especially since it comes before the November election, President Trump is expected to name his choice for the vacancy on Friday or Saturday, saying he plans to wait until Ginsburg’s memorial services conclude.