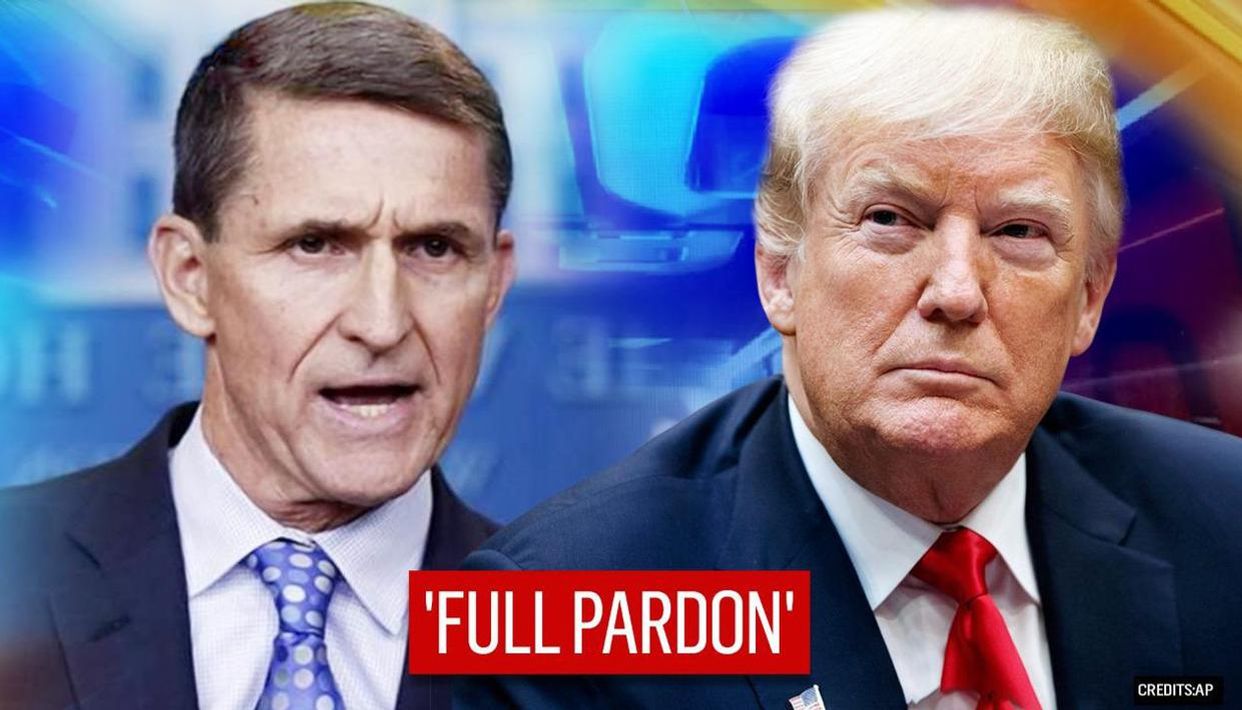 President Trump, on Wednesday, pardoned his former national security adviser Michael Flynn, who had twice pleaded guilty to a tumultuous four-year criminal case relating to the Russian meddling in 2016’s US Presidential elections. Flynn plead guilty twice to lying to the FBI about his conversations with Russian ambassador Sergey Kislyak prior to Trump’s inauguration.

On Wednesday, the President took to Twitter to announce a pardon for Michael Flynn, in the spirit of Thanksgiving, saying, “It is my Great Honor to announce that General Michael T. Flynn has been granted a Full Pardon. Congratulations to @GenFlynn and his wonderful family, I know you will now have a truly fantastic Thanksgiving!”

Later last evening, the White House released a statement that read, Flynn “should never have been prosecuted” and that the pardon ends “the relentless, partisan pursuit of an innocent man. While today’s action sets right an injustice against an innocent man and an American hero, it should also serve as a reminder to all of us that we must remain vigilant over those in whom we place our trust and confidence.”

“President Trump dangled this pardon to encourage Flynn to backtrack on his pledge to cooperate with federal investigators—cooperation that might have exposed the President’s own wrongdoing.  And it worked,” Nadler said. “Flynn broke his deal, recanted his plea, received the backing of the Attorney General over the objections of career prosecutors, and now has secured a pardon from the President of the United States.”

“These actions are an abuse of power and fundamentally undermine the rule of law,” Nadler added. “The President’s enablers have constructed an elaborate narrative in which Trump and Flynn are victims and the Constitution is subject to the whims of the President. Americans soundly rejected this nonsense when they voted out President Trump.”

This being said, according to several reports, it is being speculated that this pardon may be just one of the many the President might grant before he leaves office in January.