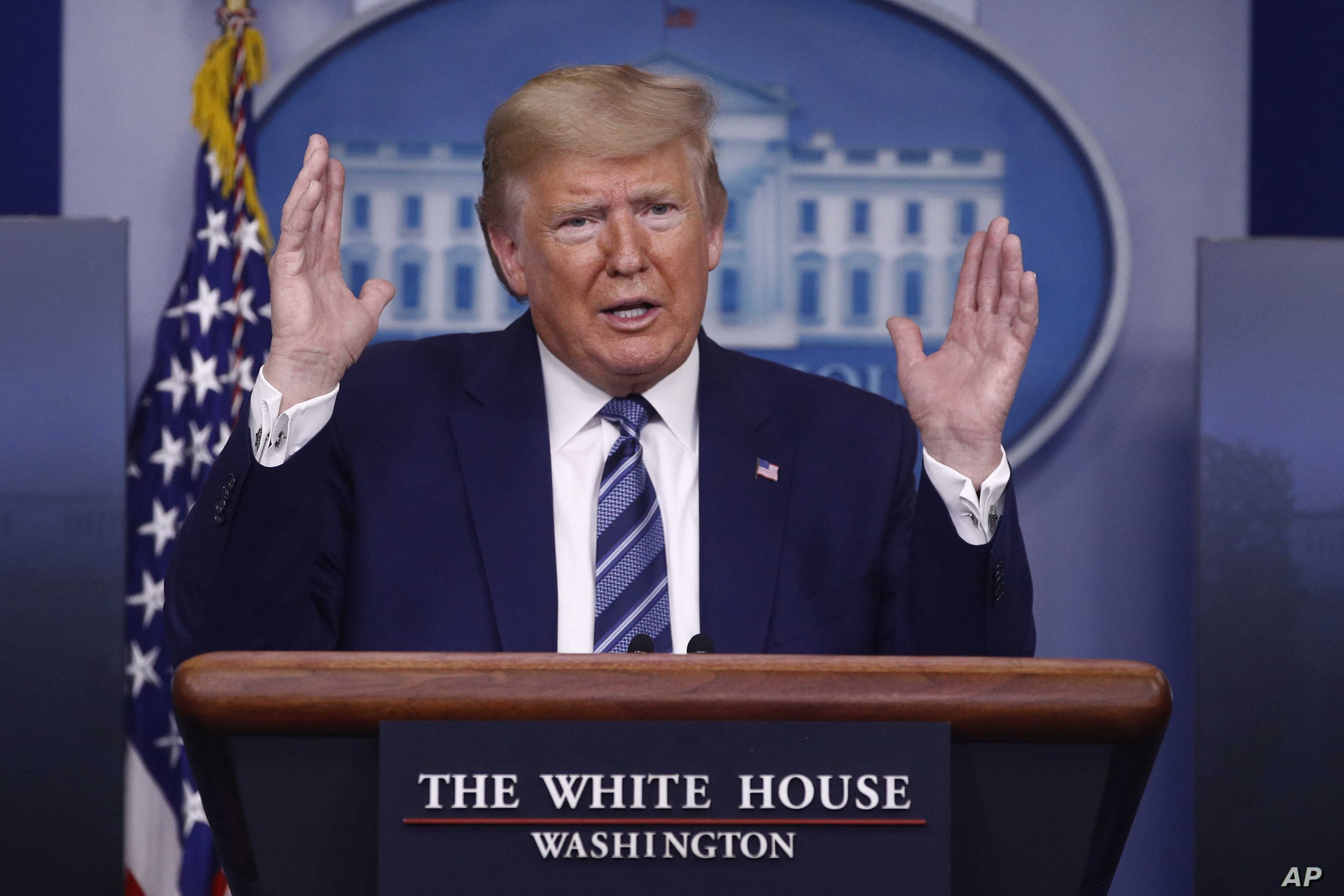 Speaking at the briefing room of the White House on Wednesday evening, President Donald Trump claimed that a Covid-19 vaccine could be ready for distribution as early as mid-October, this year.

Making a promise at the Republican National Convention last month, the President made this statement just hours after the head of the CDC testified that a possible vaccine most likely wouldn’t be ready until the end of the year. Taking a jab at the President’s comment, Democratic presidential nominee Joe Biden claimed he (President Trump), was putting politics ahead of safety.

In the News briefing on Wednesday, Trump told the media, “We’re all set to distribute immediately. We are set to — it could be in October, or in November. It could be later than that, but I think it will be in October.” This being said, the President has remained consistent with his claims of the vaccine being made available by the end of the year, or even sooner.

Furthermore, during the same briefing last night, the President added, “We will be able to distribute at least 100 million vaccine doses by the end of 2020. And a large number much sooner than that.”

The same day, CDC head Robert Redfield voiced out in front of the Senate, that a vaccine likely wouldn’t be ready until late November or December, and it would take “six to nine” months to get every American vaccinated.

With reference to this statement, President Trump told reporters, “Under no circumstance will it be as late as the doctor said. We are ready at a much faster level than he said,…there will be an immediate mass distribution of the vaccine to high-risk people but to the general public as well.”

President Trump’s statements at the briefing came as a response to Joe Biden’s comments in his speech at Wilmington, Delaware, where the presidential candidate stated, “I trust vaccines, I trust scientists, but I don’t trust Donald Trump.” Pointing at the unrealistic timeline for the vaccine set by Trump, which goes against health experts, Biden mentioned that the President was making promises based on an ulterior political motive.

After the speech, Biden later tweeted out a clip of Trump contradicting Redfield, repeating the “trust” quote and adding, “this is what I meant.”

When I said I trust vaccines, and I trust the scientists, but I don't trust Donald Trump — this is what I meant: https://t.co/oBDXcFUAek

This being said, several vaccine candidates have entered the final stage of testing in the U.S., and the CDC has claimed that states should begin preparing for a “large-scale” distribution of Covid-19 vaccines by Nov. 1. It is also likely that the Food and Drug Administration could use its emergency authority to quickly approve a vaccine before clinical trials end.