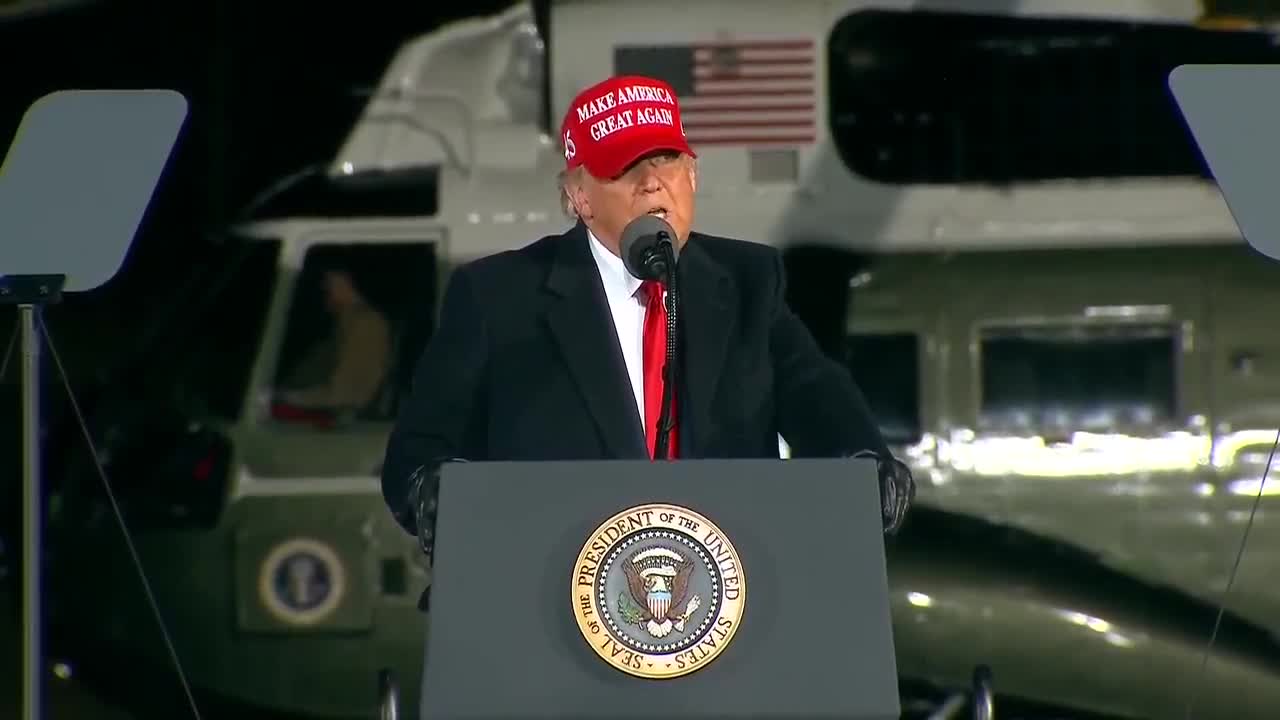 Calling out democrat-ruled states for economic closures during the coronavirus pandemic and slamming the prospective Biden presidency as being a major economic setback, President Trump, in his final few campaigns stops claimed that his coronavirus recovery plan is solely aimed towards “creating the world’s greatest economic powerhouse”.

“A vote for Biden is a vote for lockdowns, lay-offs, and misery,” said a charged President Trump addressing a swarm of supporters in Hickory, North Caroline, just less than 48-hours before the Presidential elections.

On Sunday evening, whilst stressing upon states to open up, called upon Democratic North Carolina Gov. Roy Cooper to open up the state during a campaign speech in the key battleground state. The president said his recovery plan during the coronavirus pandemic was “creating the world’s greatest economic powerhouse” and warned that Democratic nominee Joe Biden’s approach would be a major hindrance to the flourishing American economy.

On several occasions over the past few months, the President has urged Democrat-run states to open, in order to overcome this colossal economic slump caused by the coronavirus. Drawing parallels to the latest lockdown in England, the President exclaimed, “Europe imposed draconian lockdowns and yet their cases are exploding, their deaths are surging and their economies are in ruins. We had the smallest down and the largest up on the economy, by far. The European lockdowns are leading to more suffering, delayed medical care, and financial devastation. A vote for Biden is a vote for lockdowns, layoffs, misery, and getting rid of your Second Amendment.”

Furthering the fact that the Trump administration would fight the pandemic in the most appropriate manner, the President claimed that he would “deliver the greatest American comeback in history” if re-elected.“If you want a vaccine to kill the virus, a job to support your family and freedom to live your life, then cast your vote for me,” the president said.

In more instances than one, the President has been heavily criticized for his handling of the coronavirus. As opposed to his proposals, candidate Joe Biden has called for a mask-wearing mandate nationwide, along with more lockdowns to curb the spread of the infections. At his rally in Philadelphia on Sunday, Biden claimed that President Trump’s management during the pandemic was “almost criminal”.