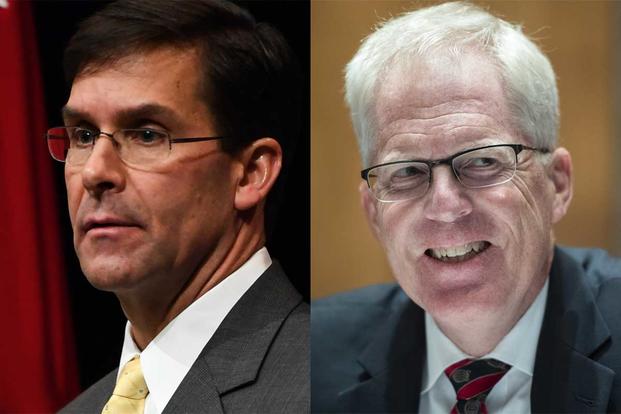 Announcing the sudden switch on Twitter, President Trump, on Monday, terminated Defense Secretary Mark Esper, replacing him with the director of the National Counterterrorism Center.

President Trump announced the decision on Twitter, claiming that Esper had been “terminated”, and followed it up saying he was appointing Christopher C. Miller, the “highly respected” director of the National Counterterrorism Center, to be acting defense secretary.

Under Trump’s leadership, Miller will now be the fourth man to lead the Pentagon under Trump, quite possibly because Esper might have picked the wrong side when it came to the top bosses. While appointing Miller, Trump also noted that the top official has been approved by the Senate already. This being said, it is unlikely that the Senate would approve of a new nominee, now that the new President-elect has been declared and there is a possibility that President Trump would have to leave office in January 2021.

I am pleased to announce that Christopher C. Miller, the highly respected Director of the National Counterterrorism Center (unanimously confirmed by the Senate), will be Acting Secretary of Defense, effective immediately..

“Mark Esper has been terminated,” Mr. Trump said on Twitter. “I am pleased to announce that Christopher C. Miller, the highly respected Director of the National Counter-terrorism Center (unanimously confirmed by the Senate), will be Acting Secretary of Defense, effective immediately.”

Esper, 56, a former secretary of the Army and a former Raytheon executive, became defense secretary in July 2019 after Trump withdrew the nomination of Patrick M. Shanahan, the acting defense secretary, amid an FBI inquiry into allegations from Shanahan’s former wife that he punched her in the stomach. Shanahan denied the accusations.

It has been reported that Esper’s termination wasn’t entirely uncalled for, in fact, it was bound to have been announced anytime in the past few months. The official picked the wrong bone with the President by taking the rare step in June of disagreeing publicly with him and saying that active-duty military troops should not be sent to control the wave of protests in U.S. cities. The president, who had threatened to use the Insurrection Act to do exactly that, was furious. Sources have also claimed that Esper disagreed with Trump’s dismissive attitude toward the NATO alliance.

In the last tweet of the series, the President also stated, “Chris will do a GREAT job! Mark Esper has been terminated. I would like to thank him for his service.”