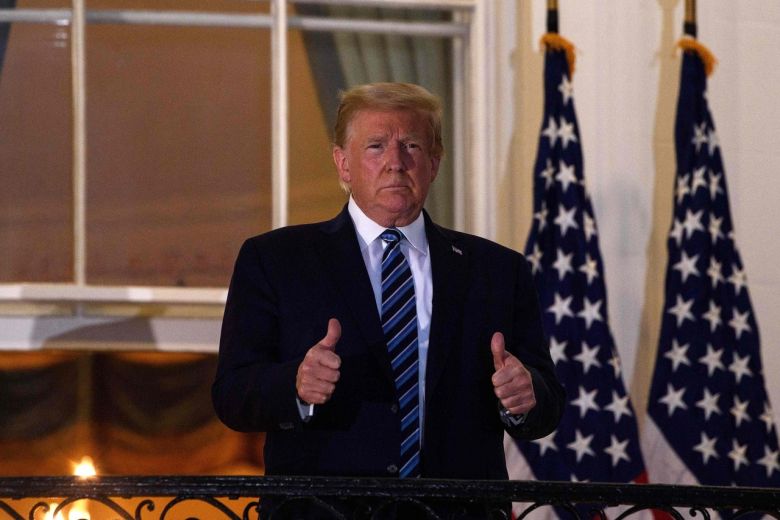 President Trump Returns To WH, Motivates Citizens With a Video

As stipulated by doctors from the Walter Reed Medical Center, President Trump made a victorious return to the White House on Monday evening, where he will be administered the next step of his treatments. Releasing a short video clip last night, the President addressed Americans asking them not to be afraid of the coronavirus, instead strive to beat it!

In a video posted Monday night on Twitter, President Trump took to thank the doctors, nurses, and first responders at the Walter Reed Medical Center and said he has “learned so much” about the virus. Talking about the coronavirus, he further went on to address the citizens of America, saying, “Don’t let it dominate you. Don’t be afraid of it. You’re going to beat it.” Talking about his condition, he also said, “now I’m better, and maybe I’m immune, I don’t know.”

Shot at the White House, the video also saw President Trump proclaiming how the USA is the greatest country in the world, and said, “we’re going back to work. We’re going to be out front. As a leader, I had to do that.”

Talking about the possibility of gaining access to vaccines this year, as was promised by him in August, the President said, “Get out there. Be careful. We have the best medicines in the world, and they’re all happened very shortly and they’re all getting approved, and the vaccines are coming momentarily.” There are currently 5 vaccines that are being tested and developed in the USA, out of which some are being aided with federal funds under Trump’s ‘Operation Warp Speed’.

As far as the further course of his treatment is concerned, White House physician Sean Conley stated earlier on Monday that the President would continue his treatment regimen at the White House, where he will receive “24/7 world-class medical care…and will continue taking his five-day course of Remdesivir, (an antiviral drug that is being used to treat the coronavirus worldwide), as well as the steroid dexamethasone (to maintain his oxygen levels).”

As of today, the USA has reported a total of 7.48 Million coronavirus cases and just above 210 thousand deaths, with California topping the charts and New York currently at the 4th position after a resurgence of cases.