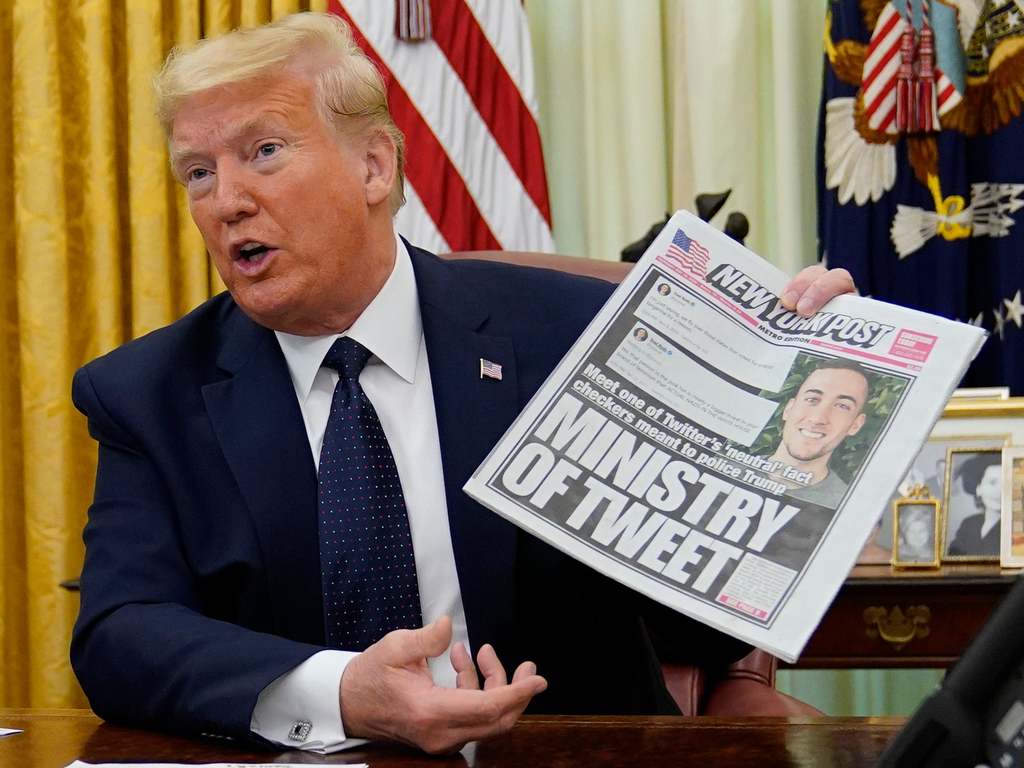 Enraged by the constant flagging of his tweets, President Donald Trump launched an attack on Twitter once again, on Thursday, demanding to put an end to Section 230. Calling this undue censorship dangerous, he claimed this is how communism started.

On Thursday night, President Trump took to Twitter to bash the social media portal for its unfair censorship. He posted, “Twitter is going wild with their flags, trying hard to suppress even the truth. Just shows how dangerous they are, purposely stifling free speech. Very dangerous for our Country. Does Congress know that this is how Communism starts? Cancel Culture at its worst. End Section 230!”

The President also reiterated his call to end Section 230, a provision in the Communications Decency Act that offers protections that shield social media companies from liability in relation to content posted on their platforms by third parties.

Speaking in a video on Wednesday, the President spoke of the Section, saying “Your failure to terminate the very dangerous national security risk of Section 230 will make our intelligence virtually impossible to conduct without everyone knowing what we are doing at every step,” Trump said. “Section 230 facilitates the spread of foreign disinformation online, which is a serious threat to our national security and election integrity.  It must be repealed.”

For the past several months spanning his Presidential incumbency, the President as well as congressional GOP officials, have continued to claim that social media firms like Twitter and Facebook unfairly censor conservative content without consequence. The biggest example of which was the recent Hunter Biden expose which was swept under the carpet by these digital portals. The companies, on the other hand, have insisted that their content policies are enforced without any political bias.

President Trump also claimed that he would sign the stimulus only if the Section was repealed, apart from calling for Congress to make an amendment that would increase direct payments to Americans from $600 to $2,000. He also warned that if “wasteful and unnecessary items” are not removed from the legislation, the next administration will have to deliver a COVID-19 relief package.