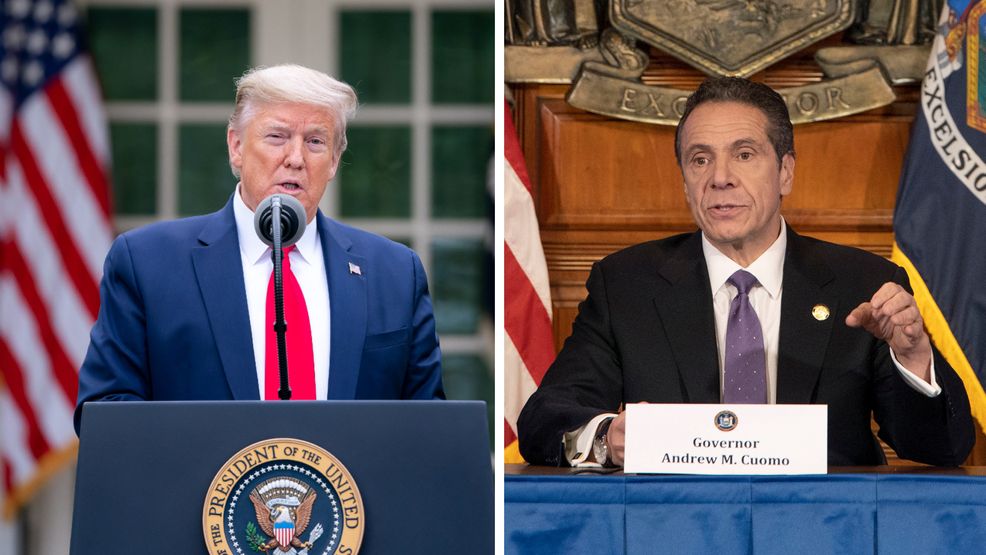 President Trump Snaps Back At Cuomo For His Vaccine Mistrust Remarks

After the New York Governor’s remarks of a prospective vaccine by the federal government not being trustworthy enough, President Trump slammed Cuomo, calling him a ‘lowlife’ on Tuesday.

On Monday, NY Governor Andrew Cuomo expressed doubt over a future vaccine that would be okayed by the federal government, saying that he’d first be sure to get his own team of experts to review the vaccine, ensuring it’s safe to administer on millions of New Yorkers.

In reaction to these snide remarks, President Trump took to ripping Cuomo apart in a morning interview with “Fox and Friends”, saying, “When a politician — a real lowlife — when a politician is willing to say that and kill people and scare people from using something that’s going to be great and really solve a big problem, they ought to be ashamed of themselves.”

On Monday, in an interview with “Good Morning America,” Cuomo claimed that he doesn’t think the FDA and CDC’s recommendations are “safe”. He added, “I think it’s going to be a very skeptical American public about taking the vaccine and they should be. We’re going to put together our own group of doctors and medical experts to review the vaccine and the efficacy and the protocol and if they say it’s safe then I’ll go to the people of New York and I’ll say it’s safe with that credibility.”

President Trump also took the opportunity to bash the Governor for the massive mishandling of the pandemic which led to over 6500 deaths earlier this year, saying, “So he’s going to put together the same group of people that he probably used to put together in the nursing homes, where 11,000 people died because they put heavily infected people in with the general population? Is that the people he’s going to use to help us out?”

As of now, New York is battling yet another surge in infections around 9 zip codes in Brooklyn and Queens, most of which house Orthodox Jewish communities, The recent lockdowns, and restrictions imposed in these areas have now become a matter of contention, pointing towards further flawed handling of the infection by the NY authorities.