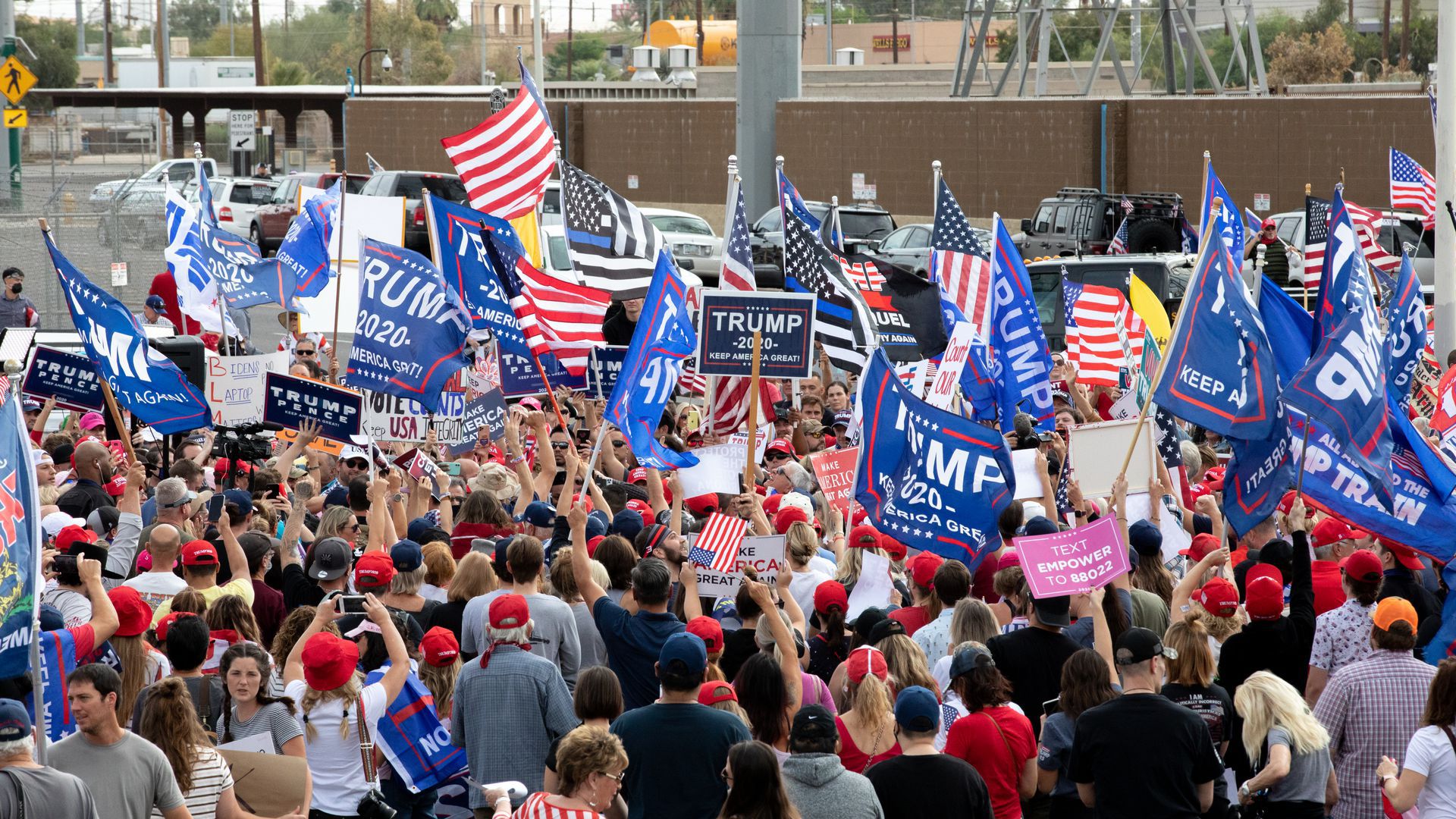 Failing to concede in handing over the presidency to Joe Biden, President Trump is now set to host a slew of rallies to push his voter fraud agenda, seeking a possible means of winning the 46th Presidential Elections.

What was earlier just speculation has, on Monday been confirmed by the NY Post, upon receiving a tip from one of President Trump’s campaign managers. President Trump is now set to hold rallies that mirror his election campaigns, in order to reach out to his supporters to supplement the legal battles he is currently fighting. Although the states in which the rallies will be held still remain unknown, it is conjectured that the campaign would want to focus on crucial swing states including Georgia, Arizona, and Pennsylvania.

It has been reported that, through these events, the President will present obituaries of Americans who supposedly voted in the 2020 presidential election despite being deceased. The President has, in numerous instances spoken and tweeted about the massive inconsistencies in mail-in ballots, claiming that a Democratic foul play was involved.

This being the primary reason as to why he is refusing to concede, the upcoming rallies will be held with the very motive of putting the onus on the Trump campaign’s legal effort to win back a lost election by highlighting specific examples of voter fraud.

In the set of rallies, a barrage of obituaries specifically will be exhibited as evidence that President-elect Biden won the election by “illegal” votes. As per reports, the President, himself may not conduct the rallies, but they will be handled by grassroots leaders. In a statement regarding the rallies, Trump campaign communications director Tim Murtaugh said, “These would be grassroots rallies, as we’ve already seen pop up in a variety of states since election day, organic shows of support like the tractor and boat parades have been all year. There is no plan for the President to hold rallies.”

Meanwhile, speaking with Fox News on Sunday, former NYC Mayor and one of Trump’s closest aides Rudy Giuliani claimed that he intends to file up to 10 lawsuits alleging. Speaking to the network, he added, “At this point, it would be wrong for him to concede. There is strong evidence that this was an election that in at least three or four states, and possibly 10, it was stolen. In other words, it was based on false votes. Now, you can’t let an election go into history without challenging that.”