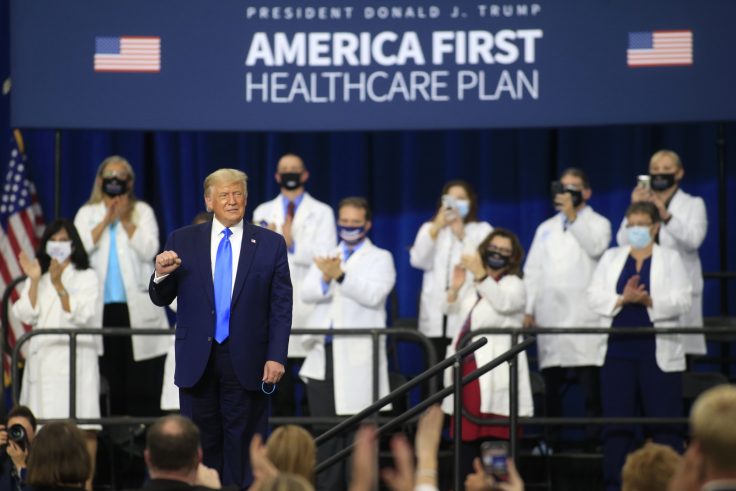 Signing a new executive order this week, President Trump has announced his intentions to usher in a new healthcare agenda, with the “America First Healthcare Plan”. Aimed at three core results, namely- more choice, lower costs for families and seniors, and better care for American patients, the order calls for all Americans with preexisting conditions to be protected and covered, regardless of whether or not Obamacare is repealed.

Through the new order, President Trump aims at improving access to direct primary care arrangements that cut out the middleman and cut red tape to enable patients to spend more time with their doctors. The plan will also call for investment in critical areas, including pediatric cancer, Sickle Cell Disease, and Alzheimer’s research.

The President has advocated for 33 million seniors to receive $200 vouchers to help pay for prescription drugs. He also announced a rule to allow for the cheaper importation of prescription drugs from Canada, which will allow Americans to purchase affordable insulin and Epi-Pens at nearly 10,000 Federal clinic locations.

During the event, resident Trump stated, “As we restore America to full strength, the America First Healthcare Plan will be a core part of our national renewal. In a few moments, I will sign a historic executive order outlining the three pillars of my plan and directing my administration to implement these critical reforms.”

Investing further in the future of medicine, the order will allow Americans more flexibility in how and where they receive care by investing in telehealth and permanently expanding seniors’ access to telehealth services.

A plan that is set to change the future of healthcare in the country, it has been stated that the President will continue his drive to lower costs for American patients, starting with requiring hospitals and insurance companies to make their prices transparent. The order also intends to work towards ensuring that the prices Americans pay for prescription drugs, especially through Medicare, are the lowest among peer nations.