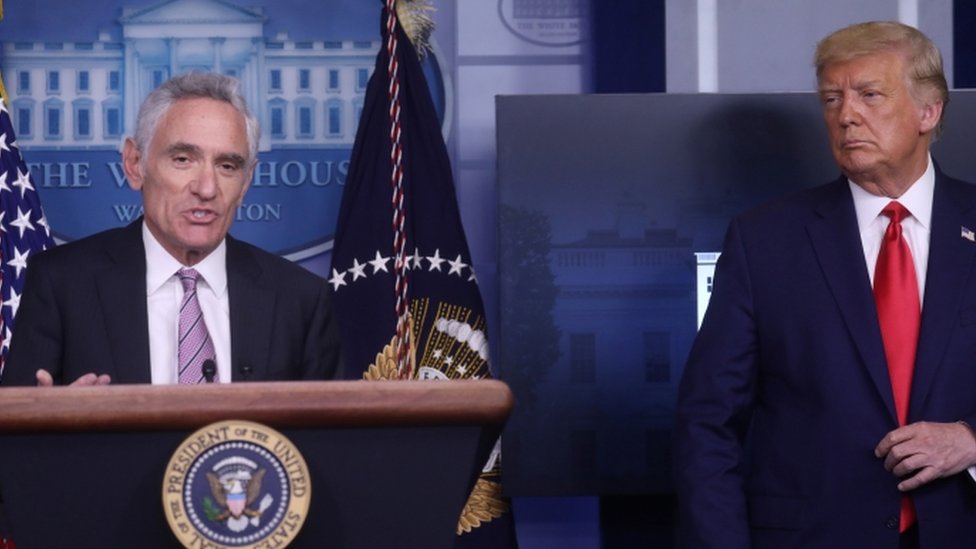 As vaccine approvals inch closer and cases across the country continue to escalate, President Trump’s Coronavirus Advisor Scott Atlas, who was deemed to have made quite a few controversial comments, has officially resigned from his post.

In what seems to be the final few days of the Trump presidency, another top official from the President’s team has resigned. Atlas was one of the President’s most favored coronavirus advisors who sparked controversy over his comments against mask-wearing and other issues since the pandemic struck this year.

Resigning on Monday, Atlas was serving on the White House coronavirus task force on a 130-day Special Government Employee detail, and his role was set to expire this week. In his resignation letter, obtained by Fox News, the official said, “I am writing to resign from my position as special advisor to the president of the United States.” The radiologist said he worked hard to “save the lives and help Americans through this pandemic” and that he “always relied on the latest science and evidence, without any political consideration or influence.” He thanked Trump for the honor and wished “all the best” to President-elect Joe Biden’s incoming administration.

“I worked hard with a singular focus — to save lives and help Americans through this pandemic,” Atlas said, adding that he “always relied on the latest science and evidence, without any political consideration or influence, he specified in the letter, which hinted at the possible controversies he had raised despite holding the position to combat the virus. In October, he tweeted: “Masks work? NO,” despite overwhelming scientific evidence proving the benefit of wearing masks. Twitter concealed the message as misinformation.

He was also criticized for saying that lockdowns are “extremely harmful” to Americans, and came under fire in November, over a tweet that called for Michigan residents to “rise up” against public health measures in the state. The official later tried to swerve away from the comment, trying to save his skin by saying he didn’t mean to “threaten or incite violence” but rather is just “not very good at Twitter.”

Towards the end of his resignation letter, Atlas praised President Trump for his handling of the coronavirus, especially with the ‘Operation Warp Speed’ that led to the roll-out of the top vaccine contenders recently. “With the emerging treatments and vaccines, I remain highly optimistic that America will thrive once again and overcome the adversity of the pandemic and all that it has entailed,” he wrote.