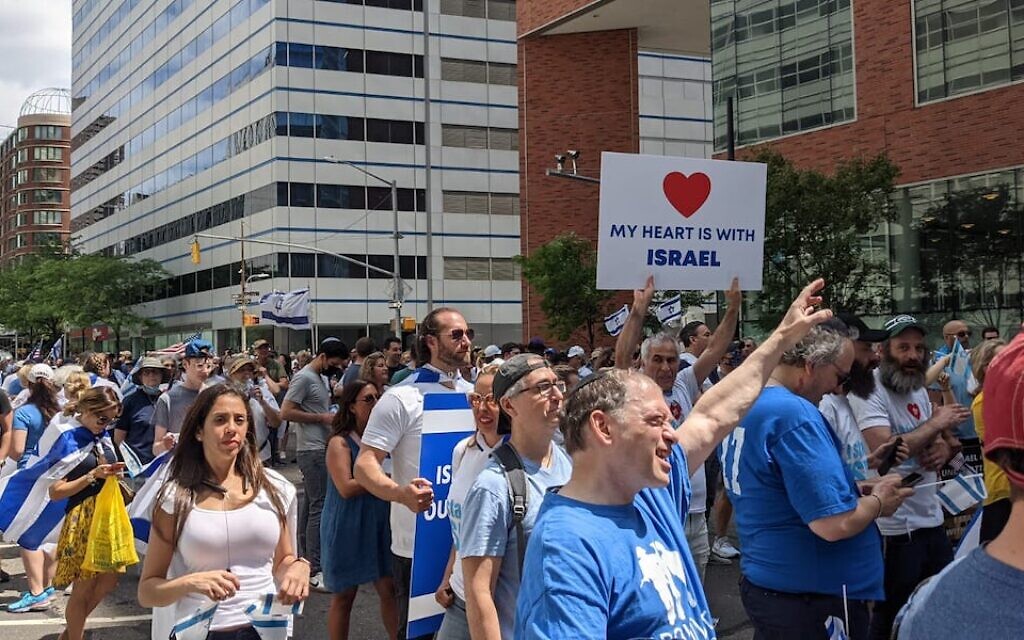 Crushed by the burden of rising antisemitic incidents and hate crimes in the United States following the Israeli-Palestine conflict, Jewish New Yorkers took to the streets, with an initiative to sensitize citizens about Israel.

On Sunday, in lower Manhattan, a swarm of Israeli’s and Jewish New Yorkers gathered for a peaceful rally led by the Israeli-American Council and other pro-Israel organizations, in order to propagate the traditional messages of supporting Israel. 15 similar demonstrations were also organized nationwide, in response to the two weeks in which Jewish communities across the country experienced antisemitism during and after the conflict in Gaza and Israel.

In New York City, amid pro-Israel and pro-Palestinian rallies on Thursday, multiple Jews were assaulted in the street. Furthermore, across the United States, the Anti-Defamation League recorded an increase in antisemitic incidents in the first week of the Israel-Hamas fighting.“We are here today against terror, united against terrorism,” said Tal Shuster, one of the event’s organizers, in a speech. “We do not accept any type of terror, not in New York, not in Israel, not anywhere in the world.”

During the rally, a spirit of brotherhood persisted as upbeat Israeli music played, and demonstrators wore shirts that said “I stand with Israel” and, in Hebrew, “Israel is in my heart.” The backdrop to the dais featured two signs that said “Hamas = Terrorists” and “Stop supporting Hamas.”

Showing solidarity towards those who protect them on a daily basis, the crowd also cheered for the NYPD near the beginning of the event.