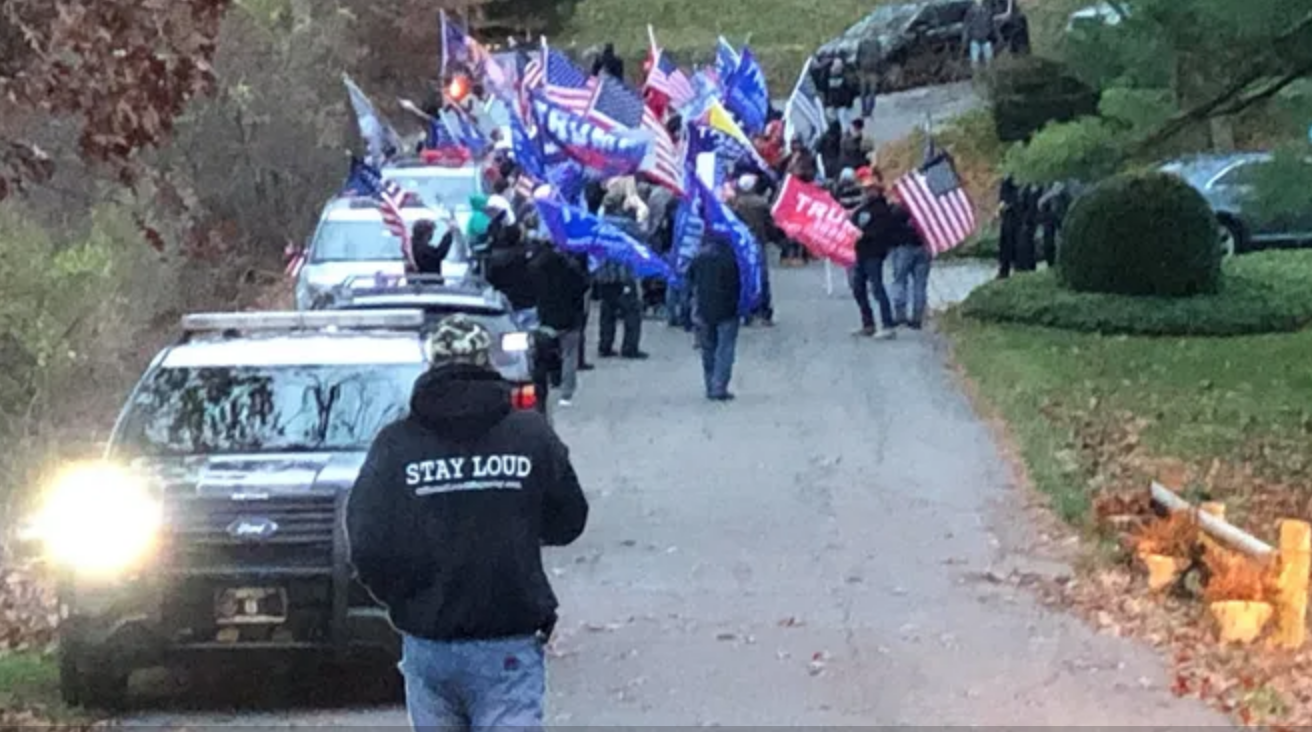 After incidences of ballot errors in Nevada as well as Georgia, where more than 2,600 ballots in Floyd County were skipped from being tallied and were recently found during a recount in the state, protesters demanded justice for President Trump and his stance on the matter- which they deemed was going to be unearthed soon.

As reported by Fox News, Dawn Greenberg, a neighbor of the Clintons claimed-referring to the crowd of supporters- that the trouble was “incredibly distressing.” “I’m sad for the Clintons. I feel like they can’t win. I feel like they’re being targeted. Of course the secret service will keep them safe,” Greenberg said. “I just think it’s beyond the pale. It’s like, where are we going with this? It just keeps getting ratcheted up more and more.”

Former first daughter Chelsea Clinton tweeted at 5:03 p.m. on Sunday, saying, “There are Trump supporters outside my parents’ house shouting through megaphones “Lock Her Up,” and I just keep thinking, I hope they’re wearing masks and someday get over 2016.”

In videos posted online, protesters were seen playing music, honking horns, and shouting through megaphones, but the police in New Castle, N.Y. said the marchers stayed peaceful and by early evening they had departed from the governor’s neighborhood.

Picking a bone with Cuomo, protesters were particularly cross with the Governor for his recent vaccine remarks against President Trump, wherein he doubted any vaccine that was approved by the Trump administration and stated that his own advisors would have to ensure the safety of the vaccine first.

To this, the President responded saying he would not send it to New York at all unless the state gives the vaccine the green light. This led Cuomo to threaten to sue the administration if the White House discriminates against his state. The president said he would send the vaccine if Cuomo would readily accept it.

The protesters also demanded the recounting of each and every valid vote, yet again, claiming that “dead people don’t vote”- with reference to erroneous ballots that were named after dead people, in some instances.

Meanwhile, the Cybersecurity & Infrastructure Security Agency, a federal agency that oversees U.S. election security, said in a statement last week that the General Election was the most secure in American history. ”There is no evidence that any voting system deleted or lost votes, changed votes, or was in any way compromised,” the agency said.