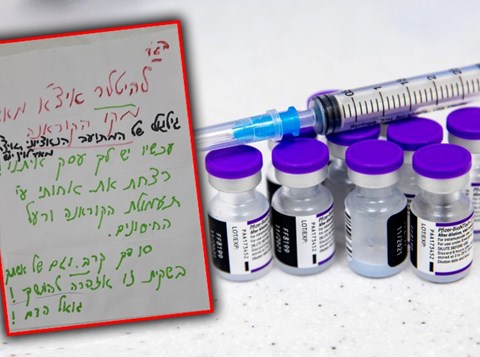 Family members of Rabbi Chaim Kanievski have complained recently that they received veiled threats from people who oppose vaccination against coronavirus.

According to reports, Yanki Kanievski, the grandson of Rabbi Chaim, was warned that “you are murderers” and “there is children’s blood on your hands” after an announcement was made that Rabbi Chaim supports vaccinating children against COVID-19.

Another SMS sent to Yanki Kanievski stated: “Don’t forget that Esav was also the son of Yitzchak. When dealing with matters of life and death there is no proteksia (nepotism) by Hashem.”

Another missive stressed that “You have sold the people of Israel for money, using your grandfather to sell little children and innoculate them. What do you think, there is no G-d in heaven?”

Aside from Kanievski, Rabbi Yehuda Cohen, a prominent Rosh Yeshiva who supports vaccinations, as well as to Itche Dzalowski, who operates a “health hotline” in which he explains to people the importance of vaccinations also received threats.

Some anti-vaccination groups called Dzalowski ‘Hitler” and was told “your end is near as well as that of your wife’.