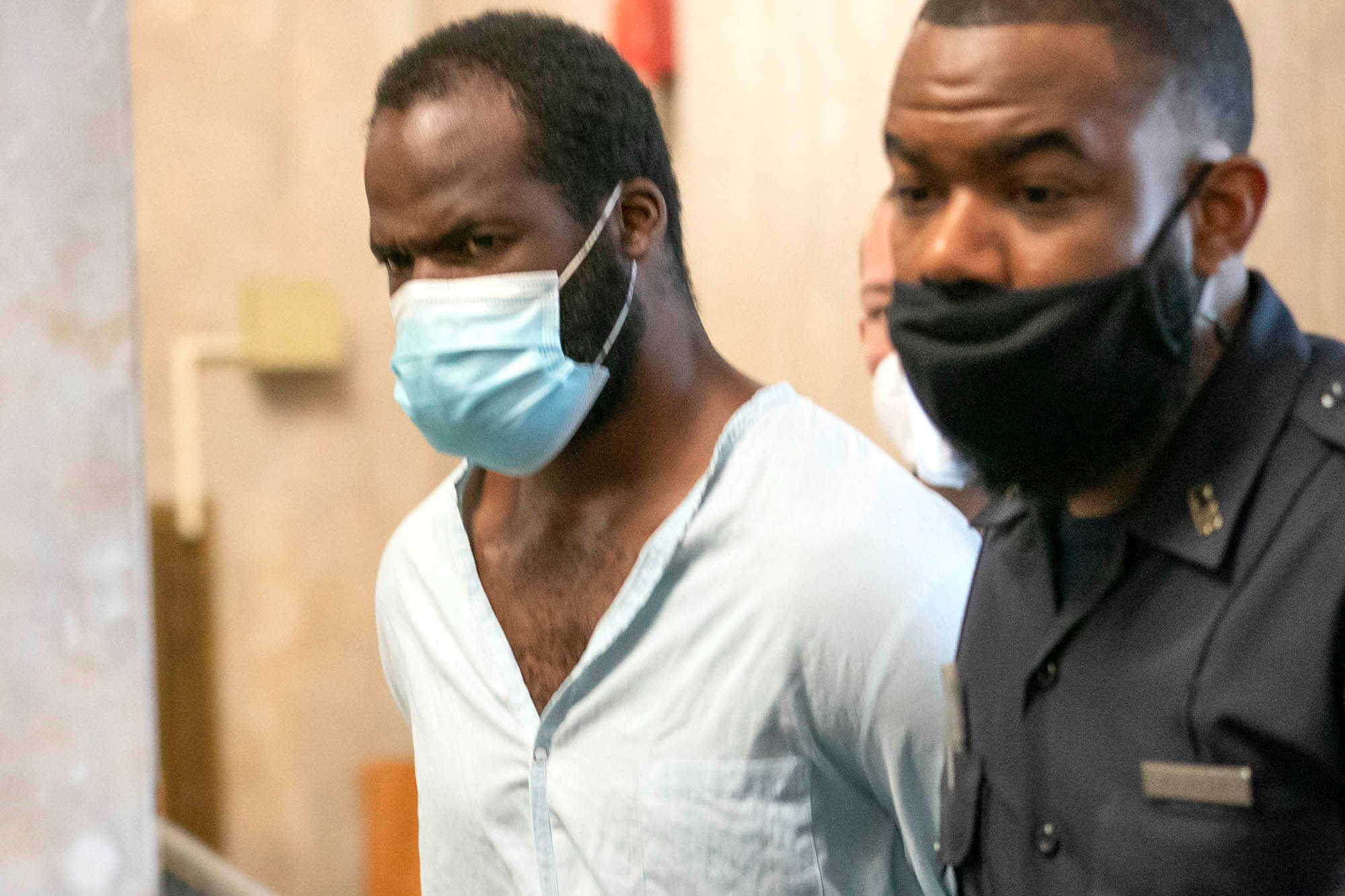 Government prosecutors have recommended no bail to a 37-year-old US Army veteran who repeatedly whacks an unsuspecting victim to his head and leg on Sunday evening at an ATM inside Chase branch at 42 Broadway, just steps from the famed “Charging Bull” statue, one of the area’s most popular tourist attractions.

The prosecutors recommended no bail for Garcia since he has a history of unprovoked violence that includes attacking three random strangers in Maryland.

Wearing an oversized, light-blue hospital garb and slipper socks, Garcia did not show any signs of remorse for his violent crime.

At the moment, Solorzano could not walk due to his leg injuries and gets dizzy from even slight exertion while being treated for his injuries at Bellevue Hospital, where he underwent emergency surgery to drain fluid from his brain.

The prosecutors further revealed that before Solarzano was attacked, Garcia allegedly threatened another man around 4:05 p.m. Sunday inside the Chase lobby, saying “I should f–king kill you” while brandishing an ax or hatchet.

They added that around 5:20 p.m. on Aug. 3, Garcia also allegedly kicked the third man in the face near Lower Manhattan’s Pier 17, which is home to several restaurants and a rooftop concert venue.

Moreover, in addition to the alleged attacks in Maryland, Garcia’s criminal record includes getting busted with a concealed handgun in North Carolina in 2009.