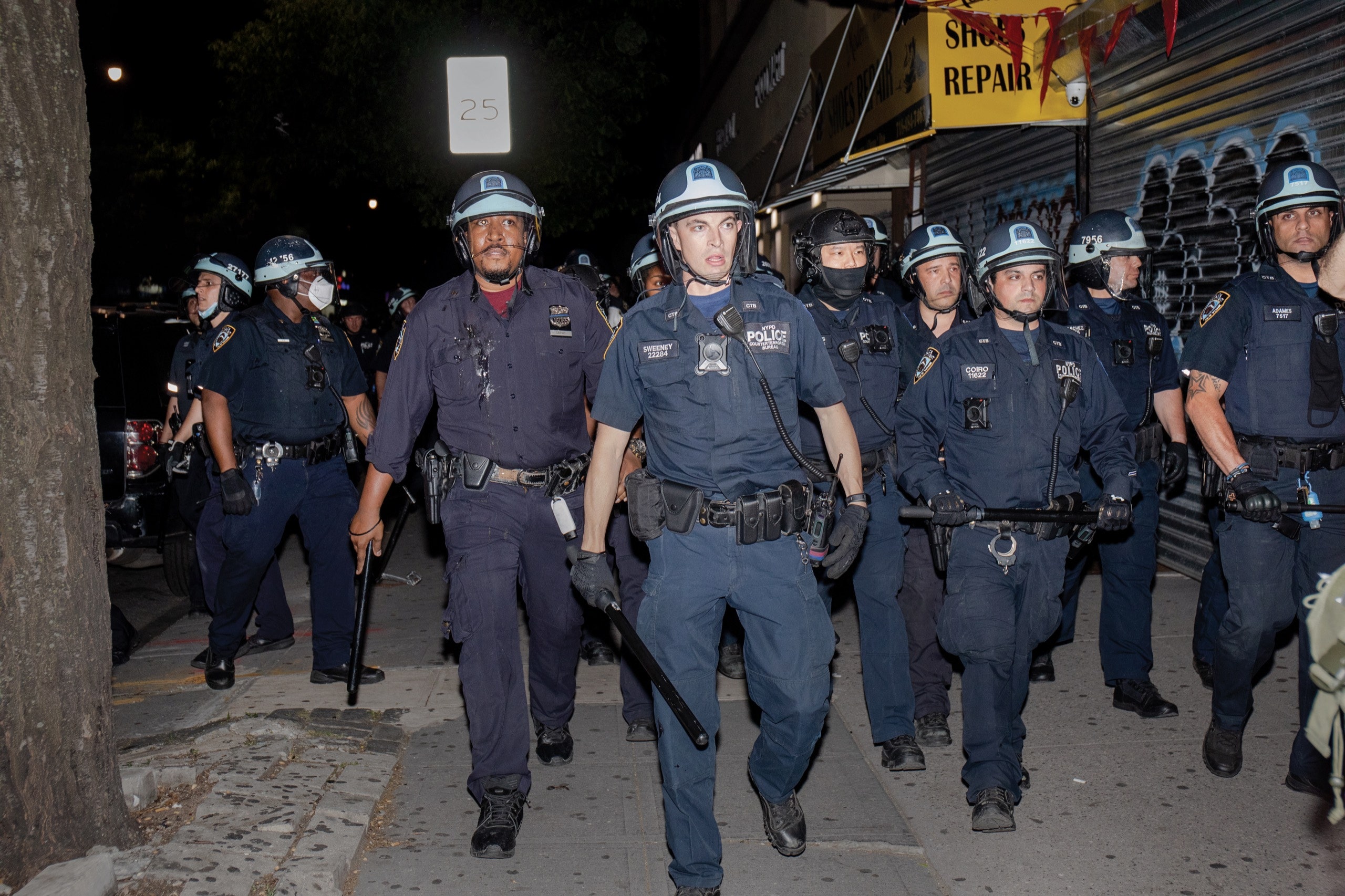 Protester Attempts To Strangle NYPD Cop With A Chain

Nightly protests in New York City saw a disgraceful incident occurring on Thursday night when a man shoved an NYPD cop to the ground and tried to strangle the officer with a chain.

According to the police, the attack took place in the midst of a protest against the Presidential elections in Lower Manhattan, where demonstrators raged against law enforcement officers in numerous clashes.

The alleged attack occurred near Bond Street and Broadway in the Greenwich Village during the second consecutive night of demonstrations in the area that led to 18 arrests, police sources said. Highlighting the incident and condemning it strongly, the NYPD tweeted a photo of the chain, stating, “Violence – in any form – is unacceptable. We will be reviewing this incident, and bring any additional perpetrators to justice.”

On the same night, as reported by the NY Post, Public Advocate Jumaane Williams and members of the press were shoved by police during another Lower Manhattan clash. A video posted by Wall Street Journal reporter Katie Honan shows officers using their bicycles to push Williams back. Following the incident, several city lawmakers condemned the encounter.

In another instance, the NYPD was also strongly criticized for knocking 1010 WINS radio reporter Roger Stern to the ground, as the police tried to control the crowd using their bikes.

On Wednesday, Serjay Parks, a city employee was busted with fireworks and a hammer during a post-Election Day protest in Manhattan after he grabbed a police officer from behind. An employee of the NYC Department of Environmental Protection, Parks was charged with obstruction of governmental administration, criminal possession of a weapon, violation of local law, unlawful possession of fireworks, and harassment.

Meanwhile, the NYPD also released mugshots of 5 protesters who were arrested during the violent and unruly Wednesday night protests, as a means to deter others from following suit. The release featured 24-year-old Devina Singh, who was captured on camera spitting in the face of a cop in Greenwich Village, along with Elizabeth Barter, 28; Christine Brown, 23; Rachel Menard, 23, and Terrence Lewis, 25.