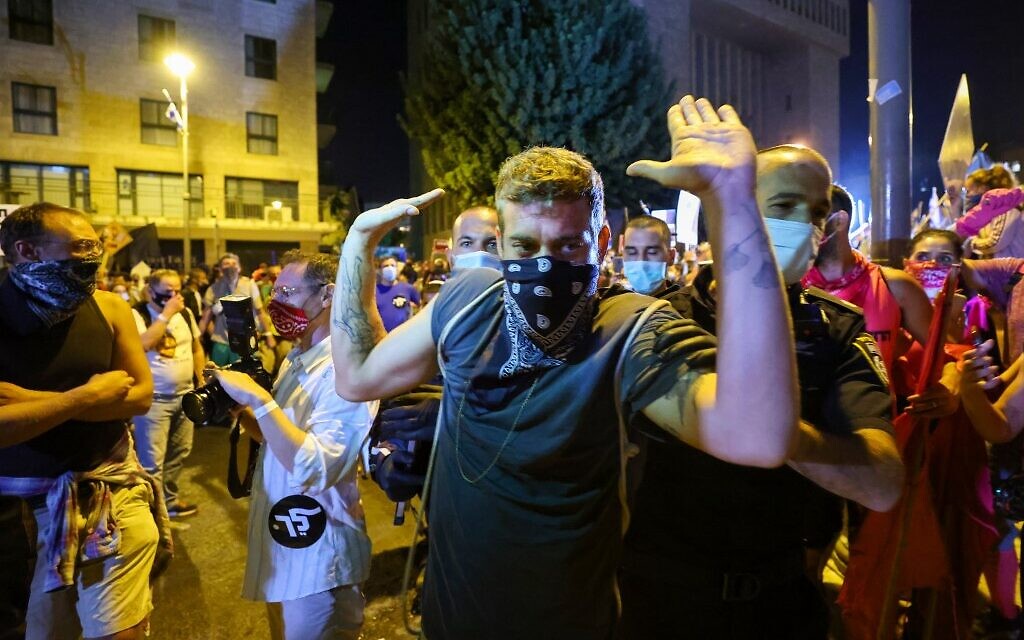 Protesters Continue To Rally Against Netanyahu Despite Strict Lockdown

Anti-Netanyahu protesters have continued to stage demonstrations with full force, despite the strict lockdown that has been imposed to curb the spread of the novel coronavirus, nationwide.

Around 16,000 Israelis gathered in Jerusalem on Saturday, to demand the resignation of Prime Minister Benjamin Netanyahu, with long processions that caused traffic jams and a swathe of other small protests taking place across the country.  According to local media, protesters also gathered in Tel Aviv and Caesarea, paired with several online protests to further raise their voices over the government’s alleged attempt to suppress them from coming out on the streets with this lockdown.

Israel began a second nationwide lockdown on September 18, further tightening the screws over the restrictions on Friday, two days before Yom Kippur. In a bid to bring down the world’s highest coronavirus infection rate per capita the country has now limited international travel, constrained movements, and imposed limitations on people attending indoor prayers.

With the motive of demanding Netanyahu to step down from his position, especially since the Prime Minister is on trial for bribery, fraud, and breach of trust, protesters are vouching for a free, fair, and accountable government for their homeland. The 70-year-old Prime Minister was indicted in November in cases involving gifts from wealthy friends and for allegedly seeking regulatory favors for media tycoons in return for favorable coverage. His trial opened in May and is set to resume in January.

Rallying towards his residence, protesters, some in masks, the others bare-faced, blew whistles, chanted slogans and waved signs and flags against Netanyahu’s alleged corruption and the government’s handling of the coronavirus pandemic.

Battling an unemployment rate higher than 20% and inviting a barrage of cases with each passing day, a survey published in August by the Israel Democracy Institute found that 61 percent of Israelis did not trust Netanyahu to manage the coronavirus crisis.

Meanwhile, the Prime Minister has continued to stay strong on his stand, claiming that the trial is nothing but a leftist political witch-hunt aimed at unseating a popular right-wing leader and that he hasn’t committed any wrongdoing.