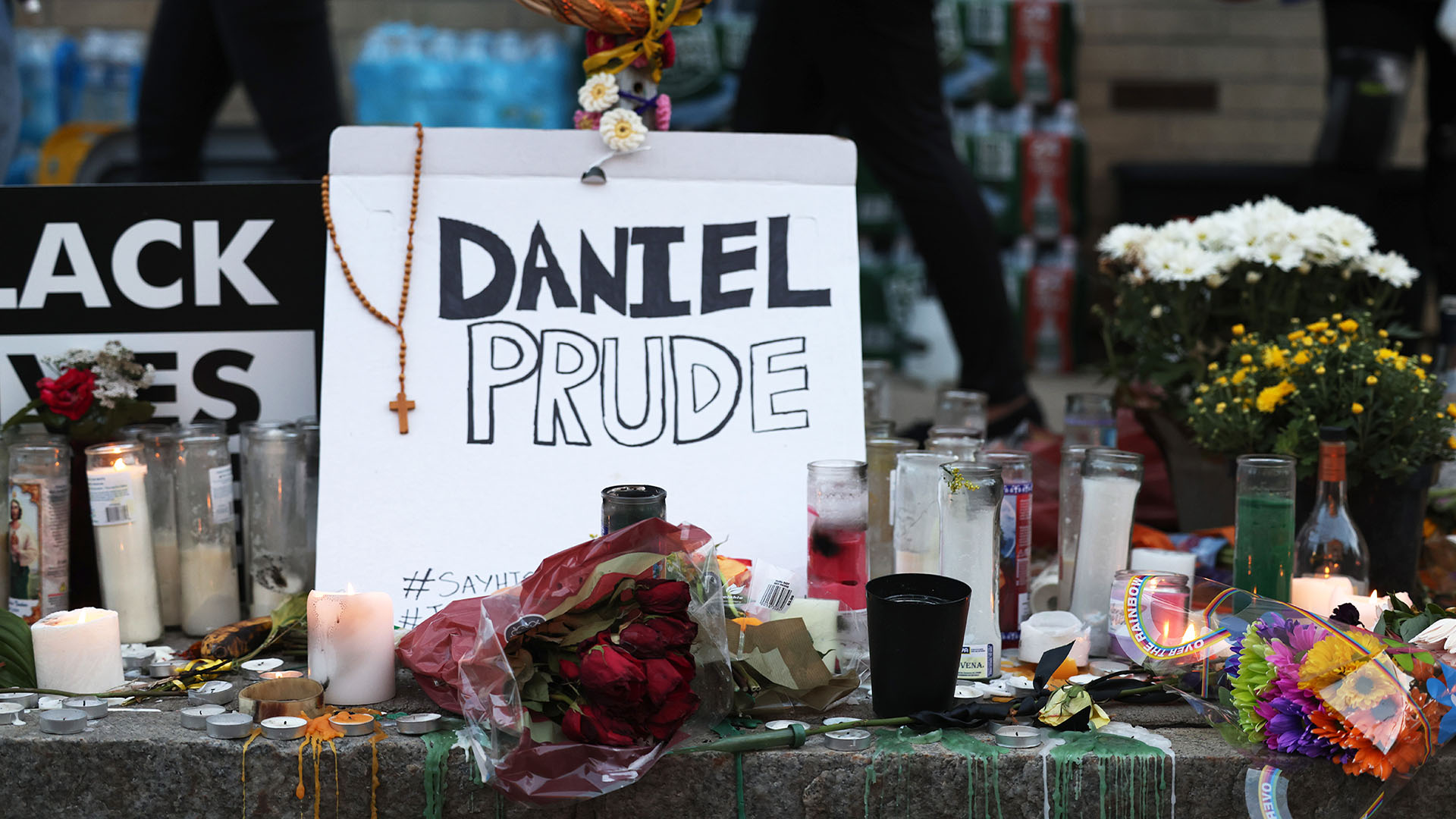 Protestors Demand Justice For Daniel Prude in The Nude

Clad in nothing but a spit hood, protestors outside Rochester’s police headquarters on Monday, made a strong symbolization of Daniel Prude’s death in demanding justice for the man who died at the hands of the police, earlier this year.

Several protesters sat naked outside Rochester’s police headquarters Monday morning to push for police accountability, demanding action against the law enforcement officers who were part of Daniel Prude’s brutal police killing. Photos and videos released by a local news agency showed the demonstrators, some with “Black Lives Matter” written on their backs, sitting silently with their hands behind them, on a rain-slicked street outside the city Public Safety Building. The Democrat & Chronicle reported that after a while, the demonstrators were given blankets and left in cars.

The 41-year-old Black man, Daniel Prude, died after police found him running naked in a street March 23, put a hood over his head to stop him from spitting, then held him down with a knee on his back for about two minutes until he stopped breathing. This incident was recorded on a Police Body Cam and released by Prude’s family in August. Following the video release, 7 police officers had been suspended from duty, but protesters are demanding homicide charges. Attorney General Letitia James said Saturday she would form a grand jury and conduct an “exhaustive investigation” into Prude’s death.

Warren and Police Chief La’Ron Singletary have faced calls for their resignations over the delay in releasing details of Prude’s death and the Police union officials have said the officers in question were “following their training”.

Meanwhile, President Donald Trump tweeted that Rochester was among cities that had “bad nights,” while Mayor Lovely Warren commended activist leaders, police, and community elders on a night of calm protest. Her statement comes after local media reported on Sunday, that there were no confrontations between the protesters and the police as community elders served as a buffer between them. The Rochester Police Department said no new arrests were made.