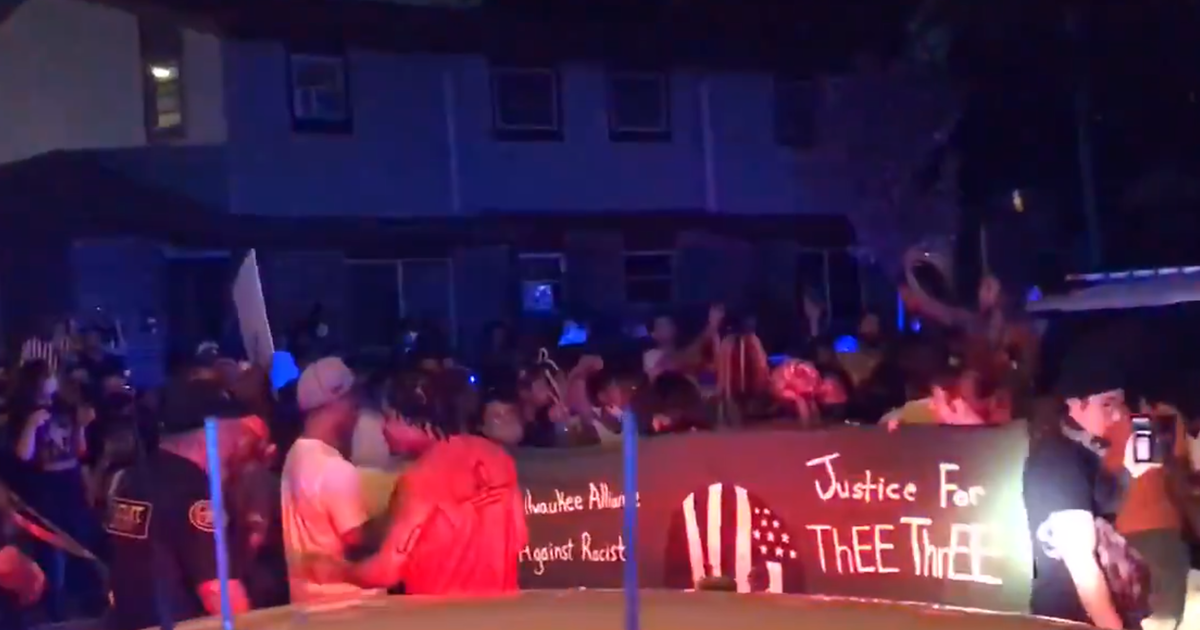 Protests erupted in Kenosha, Wisconsin after yet another case of gut-wrenching police brutality, this time on a man named Jacob Blake who was apparently shot several times in what the police deem to be a domestic incident.

A video posted online illustrates Jacob Blake being shot in the back multiple times, as he tries to get into a car in Kenosha. Taken to the hospital soon after, Blake is currently in the intensive care unit, post-surgery.

Following this brutal event and in support of the ‘Black Lives Matter’ crusade, hundreds and thousands of citizens took to the streets and marched towards police headquarters on Sunday night. Vehicles were set on fire and protesters shouted “We won’t back down”. Discerning the scale of the unrest, authorities in the city declared an emergency overnight curfew to clamp down and simmer the tension within the city. In a public safety alert, police urged 24-hour businesses to consider closing because of “numerous” calls about armed robberies and shots being fired. Officers used tear gas to try and disperse hundreds of protesters who defied the county-wide curfew.

Whilst condemning the shooting of Jacob Blake, who was reportedly unarmed, Wisconsin Governor Tony Evers commented, “While we do not have all of the details yet, what we know for certain is that he is not the first black man or person to have been shot or injured or mercilessly killed at the hands of individuals in law enforcement in our state or our country.”

With reference to the heightened tensions in the US over racism and police brutality following the death of African-American man George Floyd, Evers further went on to say, “I have said all along that although we must offer our empathy, equally important is our action. In the coming days, we will demand just that of elected officials in our state who have failed to recognize the racism in our state and our country for far too long.”

Claiming to have been reached out by Jacob Blake’s family for assistance, Civil rights lawyer Ben Crump told CNN that Blake was accompanied by his three children, who were inside the car at the time. “They saw a cop shoot their father. They will be traumatized forever. We cannot let officers violate their duty to PROTECT us,” he wrote in a tweet, vividly describing the incident.

Witnesses claimed that the shooting allegedly happened after Mr. Blake tried to break up a fight between two women in the area and that the police tased him prior to the shooting.

So far, there is no clarity of what transpired between the police and Jacob Blake, which led to this unfortunate event. It is unclear as to what happened before the video was shot, and an investigation of the same is currently underway.