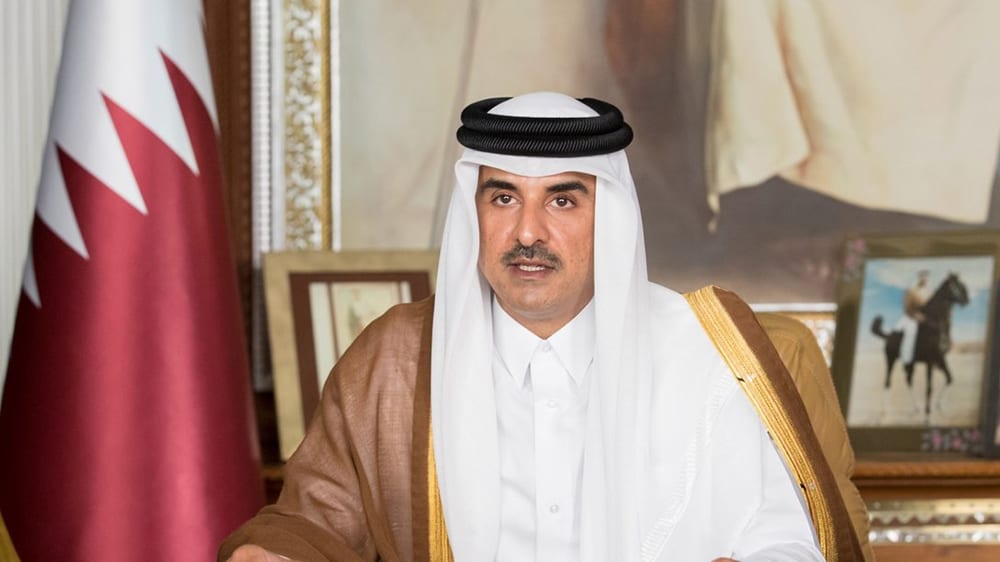 In a video message relayed at the 75th session of the United Nations General Assembly, Qatar Emir Sheikh Tamim bin Hamad Al Thani questioned the role of International entities and organizations for failing to uphold the resolutions against the continued Israeli occupation of Palestinian territories and its expansion of settlement building.

Claiming that countries have “(been) unable to take any effective action to confront Israeli intransigence and its continued occupation of Palestinian and Arab land”, the Emir harshly accused Israel of carrying out “flagrant violation of international resolutions and the two-state solution as agreed upon by the international community”.

As spoken in the video message, the Emir stated, “The international community stands by, unable to take any effective action to confront Israeli intransigence, its continued occupation of Palestinian and Arab land, the imposition of a stifling siege on the Gaza Strip, [and] the expanding settlement policy, among others.”

Hinting at his disapproval of the recent ‘Abraham Accord’ signed between UAE-Bahrain-Israel, he went on to add that, “Peace can only be achieved when Israel fully commits to the international terms of reference and resolutions that are accepted by the Arab countries and upon which the Arab Peace Initiative is based.”

As it stands, the 2002 Arab Peace Initiative was a plan put forth by Saudi Arabia that called for normalizing relations with Israel in exchange for an end to its occupation of Palestinian territories, the establishment of a Palestinian state based on the 1967 borders and with East Jerusalem as its capital, as well as a just solution for Palestinian refugees.

Accusing Israel of trying to “circumvent these parameters” and stating that any arrangements that do not take these factors into account “will not achieve peace”, the Emir cited his disagreement with the recent peace agreement yet again.

“Failure to find a just solution to the Palestinian cause, Israel’s continued settlements, and forcing a reality on the ground without being deterred, this is what raises the biggest question about the credibility of the international community and its institutions,” the emir added.

Towards the end of his virtual speech, he called upon the international community, particularly the UN Security Council, to assume its legal responsibilities and “compel Israel to lift the siege on the Gaza Strip, and to put the peace process back on track through credible negotiations based on international resolutions and not on force”.