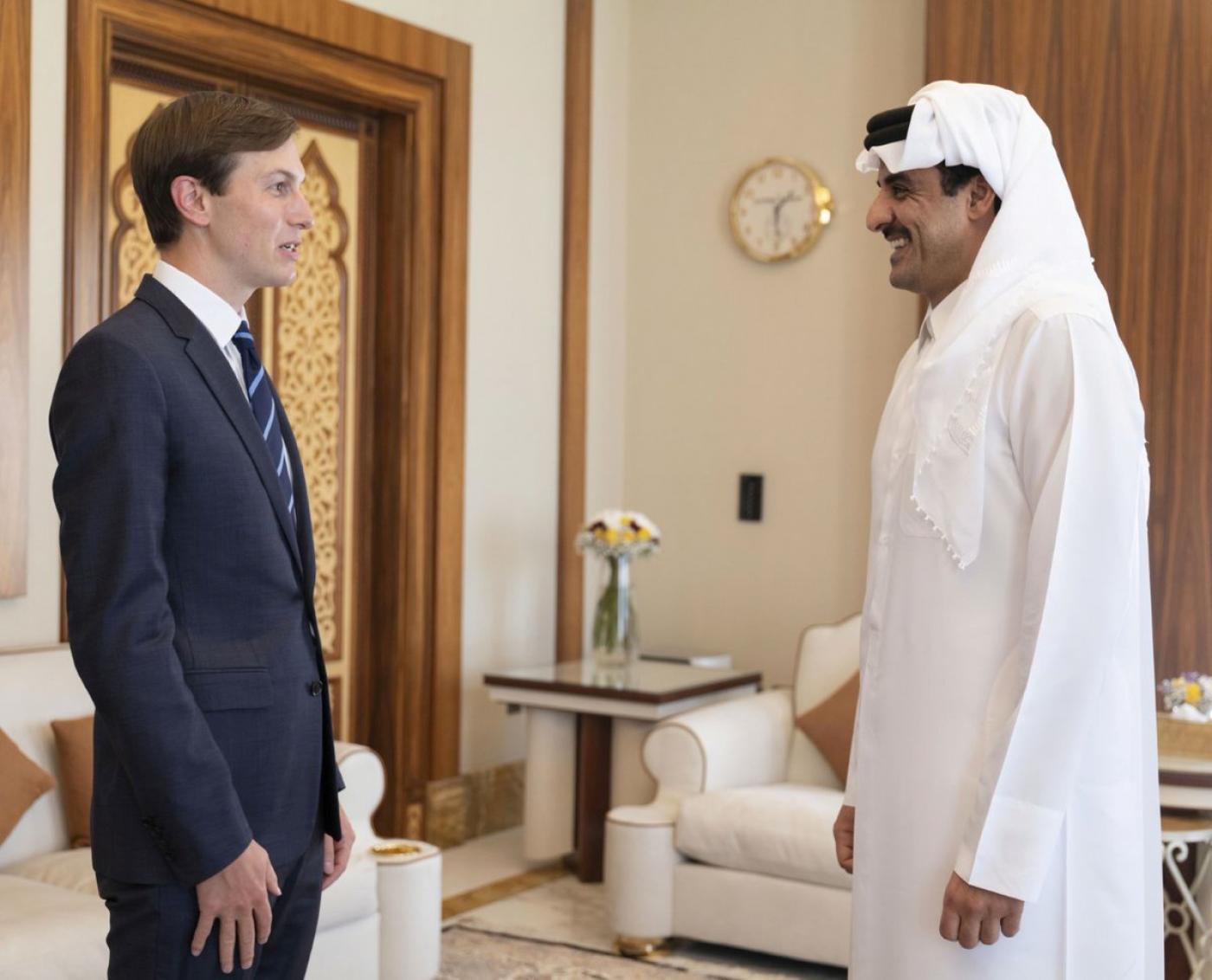 In his meeting with Jared Kushner, in Doha after the US-mediated accord between Israel and UAE, Qatar’s Emir Sheikh Tamim bin Hamad Al Thani suggests that the country will support a two-state solution for the Israel-Palestine conflict.

In a bid to get more Arab states on board, to end the conflict with Israel, Donald Trump’s senior advisor and son-in-law visited the Qatari capital Doha, to commence talks with the Emire on a possible normalization of ties with Israel. During the meet, Qatar’s Emir Sheikh Tamim bin Hamad Al Thani told Kushner that Doha supports a two-state solution, with East Jerusalem as the capital of a Palestinian state, to end the conflict with Israel.

Sheikh Tamim told Kushner that Qatar remained committed to the 2002 Arab Peace Initiative, in which Arab nations offered Israel normalized ties in return for a statehood deal with the Palestinians and full Israeli withdrawal from territory captured in the 1967 Middle East War. Elaborating on the talks that took place during the meeting, Qatari News Agency also mentioned, “During the meeting, they reviewed the close strategic relations between the State of Qatar and the United States of America, in addition to discussing a number of issues of common concern, especially the peace process in the Middle East region.”

Earlier this week, Kushner visited the UAE, accompanied by an Israeli delegation, in order to initiate normalization talks before traveling to Bahrain and Saudi Arabia. The UAE is by far the third Arab country to reach such an agreement with Israel after Egypt and Jordan. Kushner hopes other Arab countries will normalize ties within months.

Turkey and Iran, have taken up a strong dislike towards this move and have threatened to suspend relations with the UAE after normalization was announced. Furthermore, Iran’s Supreme Leader Ayatollah Ali Khamenei resorted to harsh criticism by tweeting that “the UAE betrayed the world of Islam, the Arab nations, the region’s countries, and Palestine”.