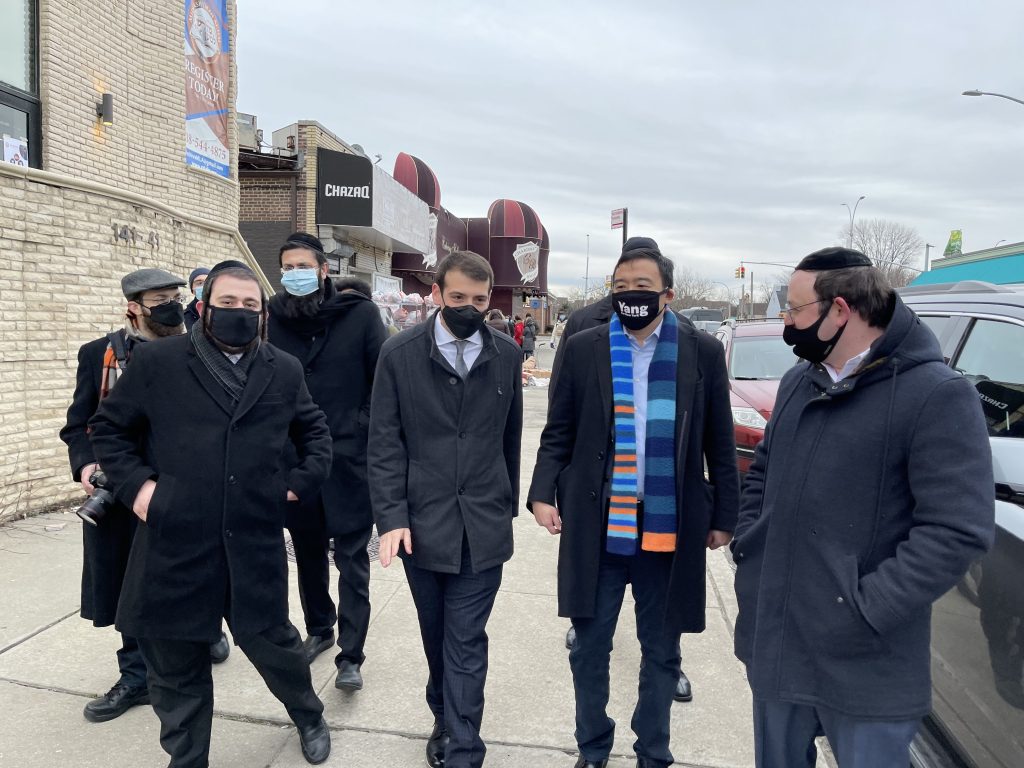 Amidst several Jewish groups throwing their weight behind Mayoral candidate Andrew Yang, another influential organization has now lent support to the candidate. This time, the Queens Jewish Alliance for Action (QJAA) announced their endorsement of Andrew Yang for mayor of New York City, ahead of the June 22nd elections.

Talking about the endorsement, QJAA member Nehemiah Hoch said, “We identify with Andrew’s message of change. We are excited to support a candidate who will unabashedly stand with the Orthodox community, and offer unwavering support for the issues that are important to us.”

Meanwhile, Queens Assembly Member Dan Rosenthal, who has also endorsed Yang claimed, “Andrew’s support in the Jewish community, including in Central Queens, is reflective of his extensive outreach and sensitivity to our values. He has consistently expressed support for our rights and interests, and we are confident that if Yang is elected mayor the Jewish community will have a true friend in City Hall.”