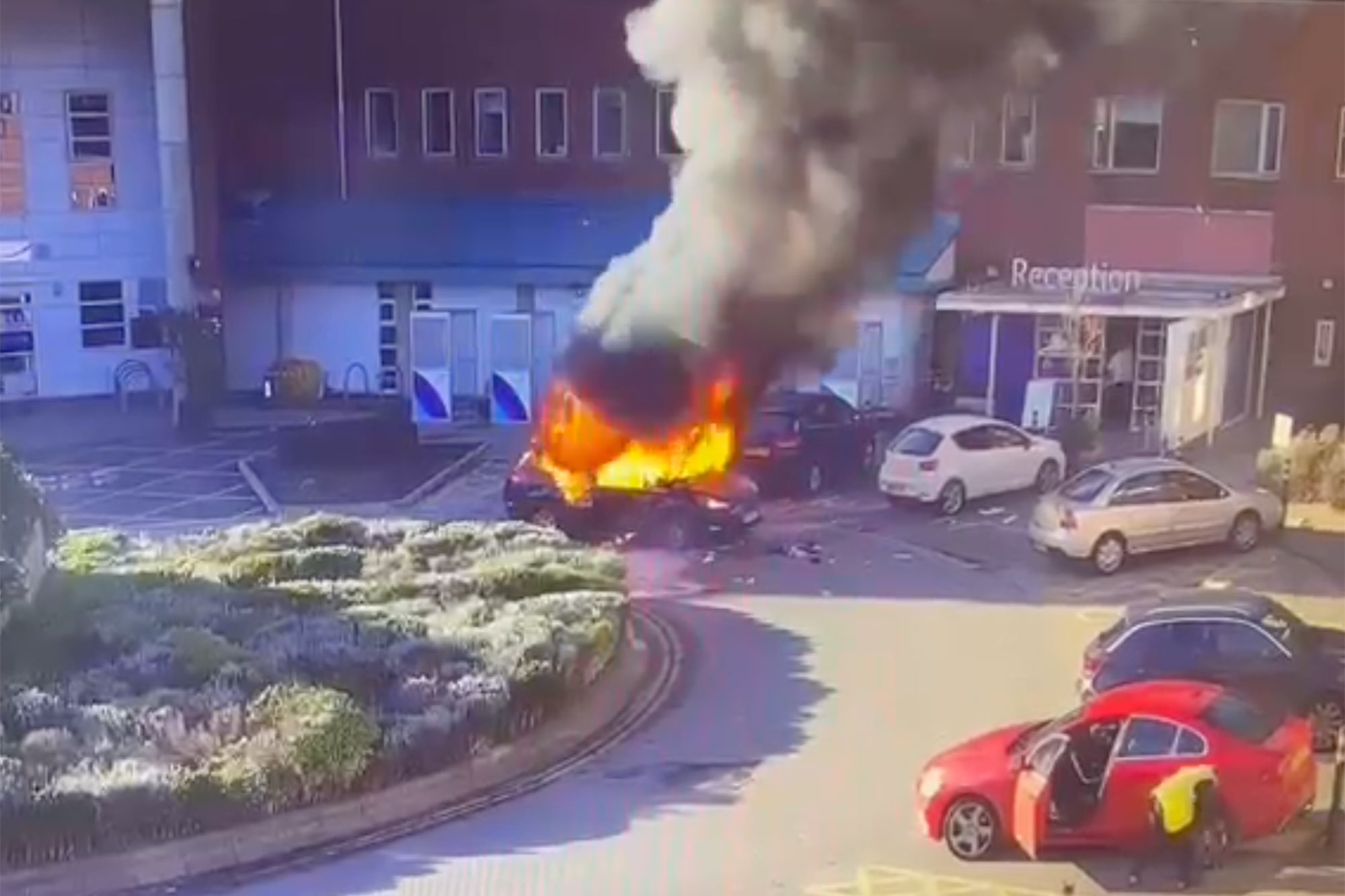 A major terror incident was avoided after a quick-thinking British taxi driver locked a suspected terrorist in his car just seconds before a bomb exploded outside a Liverpool hospital.

According to reports, David Perry locked the male suspect inside his taxi with his improvised explosive device that exploded killing the latter outside Liverpool Women’s Hospital on Sunday.

With the heroic act of Perry, only the terrorist died in the attack while he himself suffered some injuries from the blast.

Surveillance footage has shown Perry’s taxi pulling up outside the hospital’s entrance after he picked up the suspect about 10 minutes away.

The bomb exploded before the car had even come to a complete stop.

Seconds later, Perry can be seen fleeing from the driver’s side door as smoke and flames billowed from the vehicle.

“The taxi driver, in his heroic efforts, has managed to divert what could have been an absolutely awful disaster at the hospital,” Anderson said.

A thorough investigation of the motive and identity of the suspect in the blast is now underway.