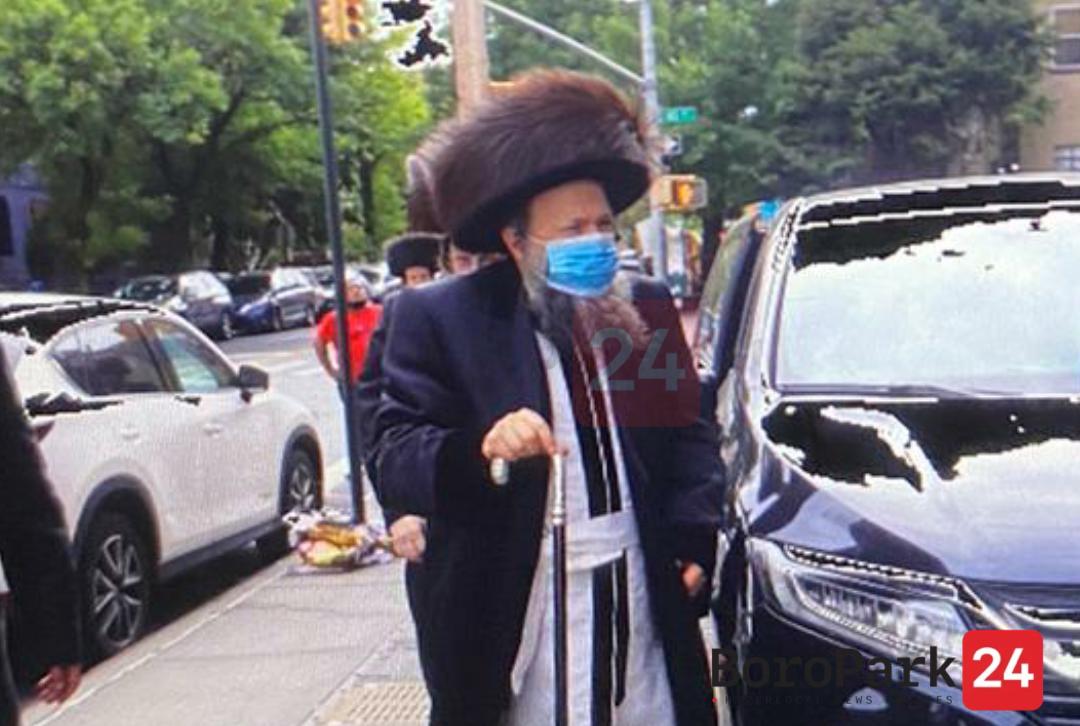 Hasidic Rabbi Mordechai David Unger, who was recently lauded by NYC health authorities for wearing a mask, has tested positive for the coronavirus. An image captured in Borough Park by BoroPark24 before Yom Kippur showed the rabbi sporting a mask, and went viral just last week.

Experiencing mild symptoms, Rabbi Mordechai David Unger, head of a faction of the Bobov Hasidic sect isn’t the first major rabbi to have tested positive. Rabbi Chaim Kanievsky, a major Haredi leader in Israel who is also seen as a leader for communities in the United States, tested positive for COVID-19 last week. Rabbi Aaron Teitelbaum, head of a faction of the Satmar Hasidic group, recovered from COVID earlier this year. And Rabbi Mordechai Leifer, known as the Pittsburgher Rebbe, died of the disease this week in Israel at age 65.

Recently captured wearing a mask in public at Borough Park the Rabbi was appreciated by New York City’s top health officials, tagging him a great role model for responsible community leadership. These remarks were made during a press conference that was held to address the growing surge in COVID-19 cases in New York City, particularly in Orthodox Jewish communities.  But during the holiday last Monday, two attendees at Unger’s synagogue said there were no masks inside the worship hall, during the services.

Meanwhile, in order to ensure that the cases across Orthodox Jewish communities do not surge further, Gov Cuomo has issued guidelines shuttering schools, but letting businesses, restaurants, and worship places remain open with strict enforcement of maks and social distancing norms.