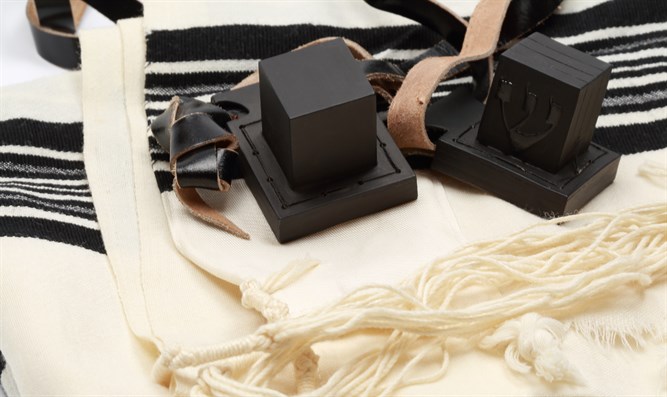 A week ago, a pair of tefillin, which are worth a lot of money was mistakenly thrown away by a man residing in Brooklyn. Seeking help from the Williamsburg Jewish organization to get help in tracking down the beloved items, the Sanitation Department pitched in to help acquire the religious items yesterday.

After an hours-long search through a garbage heap, the group of Brooklyn residents was finally able to locate the cherished religious items that were accidentally thrown in the trash. Tefillin, which are usually worth thousands of dollars and are even more significant when it comes to religious prayers- are boxes containing Hebrew texts that Jewish men wear on their heads and arms during morning prayer.

The reason why Tefillin are considered extremely holy is because they contain small scrolls inscribed with Torah verses that include God’s name and therefore must be disposed of via burial, much like a Torah scroll or other holy books.

According to standard protocol, customers who want to retrieve something they’ve thrown away have to get in touch with the Sanitation department quickly and have to don a jumpsuit and search for the item themselves. Sanitation workers help direct searchers to the area where the trash closest to their spot was dumped at a transit center.

This led to hours of picking through the one black garbage bag after another by a group of Brooklyn residents on Monday night. The volunteers worked with Sanitation employees and sported protective suits, gloves, boots, and masks during the rigorous search, and were finally able to retrieve the blessed object.

Expressing his gratitude towards all those who carried out the search, Rabbi David Neiderman said, “Thank you to the New York City Sanitation Department! We reached out for help, and, as always, they came through for the community. I would also like to thank Isaac Neuwirth who led the search for these treasured items among heaps of trash.”

Talking about the incident, Belinda Mager, a spokesperson for New York City’s Sanitation Department claimed that this wasn’t the first time the department helped someone find a lost pair of tefillin. But, Mager said, it was especially heartwarming to be able to find the tefillin this week, at the close of a year of so much loss. “It’s really nice when we can make it work because you think, well if I threw something in the trash, it must be gone forever. Well, not necessarily, we have a fair amount of these lost and founds,” Mager said. “There’s a happy feeling.”