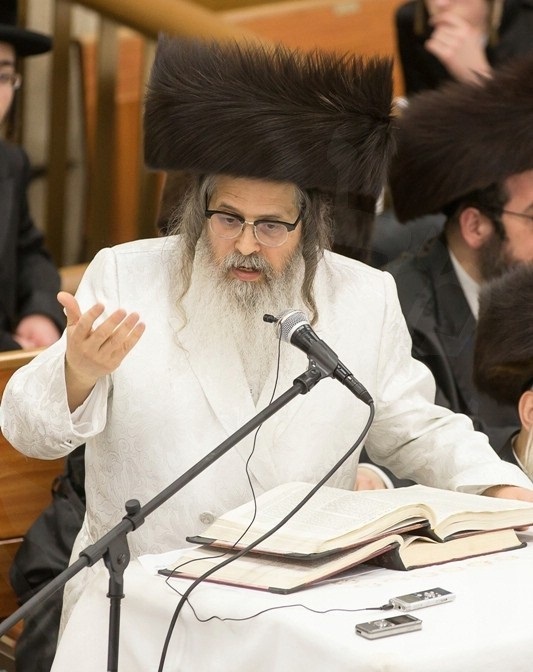 The Orthodox Jewish community in New York has been severely criticized by the authorities and the media since the onset of the pandemic. Often targeting the Satmer community as been non-compliant of the mask and social distancing mandates, the media has shed light on several weddings and funerals that were held over the past months in an attempt to malign their image.

In November, a large wedding for one of Rabbi Zalman’s grandchildren had to be downsized after plans for it drew public scrutiny. Later that month, a grandchild of Rabbi Aaron Teitelbaum married in a wedding that was later detailed in an article by his faction’s Yiddish-language newspaper and again scrutinized and heavily fined by authorities.

On Sunday, just after the news of the Rabbi started making rounds, a WhatsApp message accompanied by a set of pictures of The Satmar Rebbe dancing with hundreds of his followers at the dedication of a new Torah scroll on Saturday night started floating online. In the said images, some people were not seen wearing masks, but no further details regarding the event were mentioned, pointing towards the fact that it may have been another attempt to showcase the community in a bad light.

Meanwhile, despite the administration of vaccines, the United States surpassed 19 million coronavirus cases on Sunday, adding one million new cases in less than a week. The US recorded 165,151 new cases in 24 hours, bringing the overall total to 19,107,675 cases, as reported by Johns Hopkins University. The US also has a total of 333,069 virus-related deaths. Both the caseload and death toll are by far the highest in the world.

Although more than a million Americans have received the first dose of their COVID-19 vaccines, it is warned that the vaccines will not help the current surge in cases. Dr. Anthony Fauci warned earlier Sunday that the worst of the pandemic may be yet to come, driving the country to a “critical point” as holiday travel spreads the coronavirus, making it all the more crucial to follow mask mandates and adhere to social distancing.