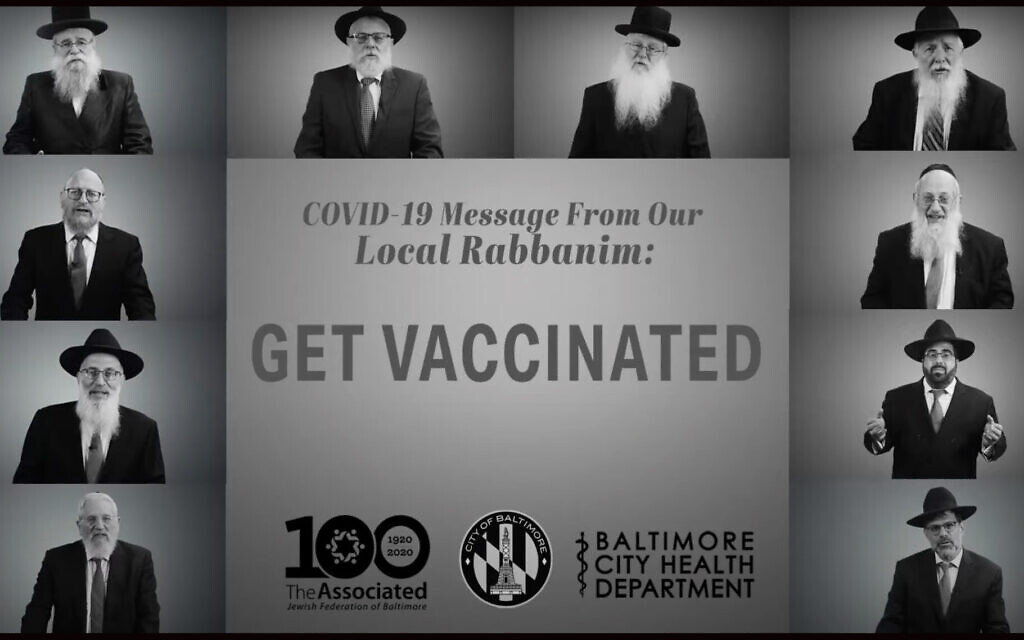 Rabbis From LI, Baltimore Urge Orthodox Community To Get Vaccinated Before Rosh Hashanah

Several US Orthodox religious leaders have urged the Jewish community to get vaccinated before the high holidays.

In a video message requesting Hasidic communities in the US to get inoculated, rabbis from Baltimore, Maryland, and New York’s Long Island directly addressed one piece of misinformation about the vaccines that has spread widely in Orthodox communities: that they can adversely impact fertility for men and women. These fertility-based fears have caused some to forgo the vaccine, especially in the Hasidic community that strongly believes in the importance of bearing children.

“We see no evidence of any kind of negative outcomes for fertility and no evidence of increased risk to women of childbearing age,” said Rabbi Shalom Axelrod of the Young Israel of Woodmere.

“You haven’t lived through enough?” asked Rabbi Yaakov Bender, head of Yeshiva Darchei Torah in Far Rockaway, before adding a sentence in Yiddish. Far Rockaway, which is home to a large Orthodox community, has one of the lowest rates of vaccination in New York City. “We in the community have to realize that if 99% of doctors say to take the shot, you take the shot. What are we, playing games?”

Meanwhile, the other Rabbis featured in the videos urged people to get vaccinated amidst concerns of the fast-spreading delta variant, the need to stay safe during Rosh Hashanah, and some even thanked Hasheem for the vaccines.