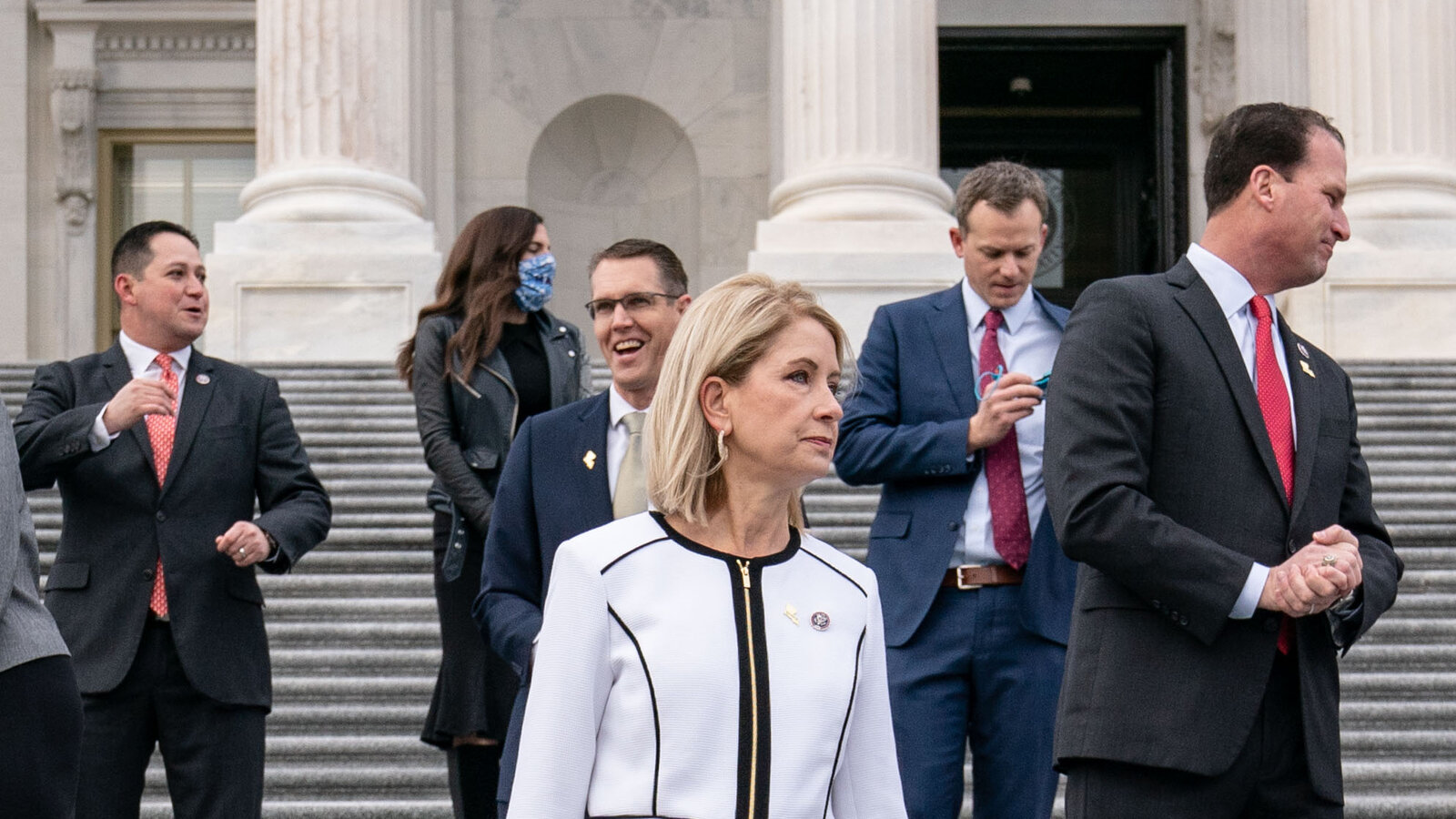 Congresswoman Mary Miller, an Illinois Republican who said “Hitler was right on one thing” during a speech just before the Capitol insurrection met with a right-wing rabbinical group that defended her from calls to resign.

On Monday, Miller met with The Coalition for Jewish Values after facing flak from the Jewish community due to her snide remark at the Capitol rally. Speaking to a pro-Trump crowd on Jan. 6, Miller said, “Hitler was right on one thing: He said, whoever has the youth has the future.” In response to this comment, Miller faced several calls to resign, and later  apologized for “using a reference to one of the evilest dictators in history.” But the Coalition for Jewish Values, founded in 2017, defended her almost immediately, issuing a press release two days after the speech expressing its support for her but saying that there would be better ways to express concerns about “the indoctrination of our youth.”

Miller had also previously met with the group’s rabbinic board and others last week. After the meet on Monday, the organization quoted Rabbi Moshe Parnes, an Orthodox rabbi from Florida who is the group’s southern regional vice president, as “acknowledg[ing] that it is common in Jewish thought to learn lessons from our enemies.”

The Coalition for Jewish Values’ latest release said quoted Miller as elaborating on that apology. “While I do regret the words I used to illustrate my message about instilling values in our children, I believe God is using this experience for good,” she said, according to the group’s press release. “The great discussion from our meeting only proves this. Connecting and learning from the Jewish community becomes more important every day with anti-Semitism on the rise.”

“It’s easy to accuse someone of modeling Hitler, and very difficult to defend against such an accusation,” said Rabbi Moshe B. Parnes, Southern Regional Vice President of the CJV,

Parnes “lost much of his extended family during the Holocaust,” said a CJV statement.

“It’s important for humanity to learn lessons from our enemies, even from beasts like Hitler, so that we understand how powerful the forces they employed truly are, and use them for good. The Talmud, the main source of Jewish law, philosophy, and ethics, often does,” Parnes added. The letter added that “while mentioning Hitler was distasteful,” Jews learn lessons from the villain of the Purim story, Haman, in the Book of Esther, and from Roman general Titus who destroyed the Jewish Holy Temple.

The group said it had probed Miller in the meeting on her views on Israel and the movement to boycott Israel. Miller had noted in her earlier apology that she is “passionately pro-Israel.”