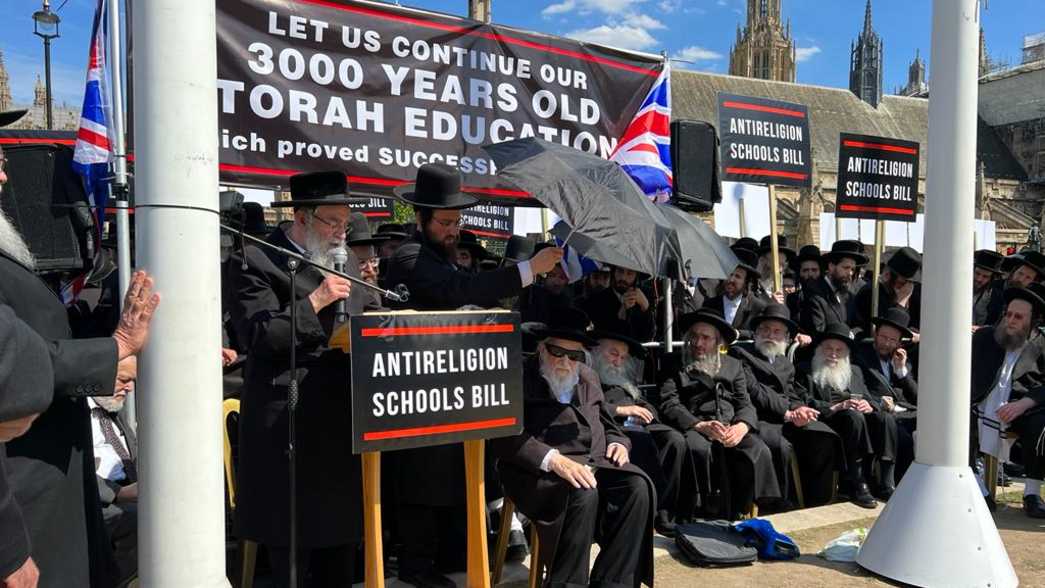 On Wednesday, a group of Rabbis gathered outside the British parliament to protest a proposed school bill that mandates the teaching of secular subjects at Yeshivas, as well.

The bill that is being described as “a threat to alter fundamental facets of Jewish practice,” would require yeshivahs, which are currently not defined as schools in the United Kingdom, to register with the Department for Education, teach secular subjects, and be subjected to inspections from Ofsted, the Office for Standards in Education, Children’s Services and Skills. Schools that do not comply will be forced to shut down.

According to the group of Rabbis, the Shcool Bill 2022 “seeks to interfere” the religious life “by assimilating them into the lifestyle of the majority.” Meanwhile, roughly 2,000 members of the Orthodox community attended a meeting in Stamford Hill on May 30 to protest the legislation.

In a press release, the Rabbinical Committee of the Traditional Charedi Chinuch said the legislation would require them “to teach secular teachings in a manner that contradicts their religious beliefs, thereby violating the rights of parents and their children to practice their religion.”

Rabbi Asher Gratt, a community activist, wrote a letter to Education Secretary Nadhim Zahawi saying that education is “the essential part in preserving the knowledge of Torah and Jewish law to ensure that our principal fundamentals live on without dilution or distraction. Our schools and yeshivahs play a critical role in serving the community and educating the next generation.”