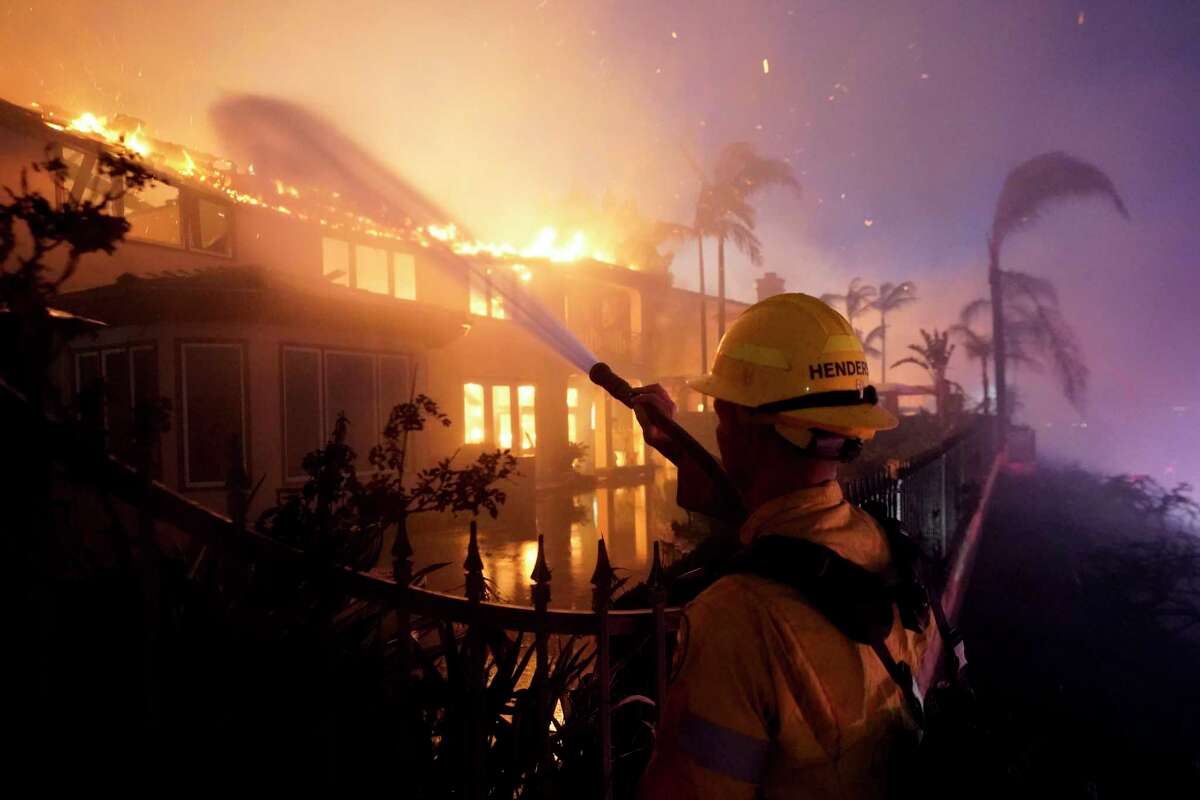 A wind-fueled wildfire has once again wreaked havoc in California, as a result of which an upscale waterfront neighborhood was evacuated Wednesday night.

The Laguna Niguel wildfire fanned by ocean winds spread to as many as eight houses, burning them fiercely. The blaze was first reported around 2:45 p.m. and had engulfed about 30 acres by 5 p.m on Wednesday.

Crews fought the blaze from above with aircraft, dropping fire retardant and water on the smoke congested area, a video showed. Residents of the Coronado Pointe and Pacific Island Drive neighborhoods were ordered to leave their homes, while voluntary evacuations were in effect in nearby Laguna Beach, officials said.

The raging inferno barreled into a gated community overlooking the Pacific Ocean, burning at least 20 homes in the latest sign of the drastic effects that climate change. Orange County Fire Authority Chief Brian Fennessy said at a Wednesday night news conference that an estimated 20-plus homes had been destroyed. Winds had died down a bit, Fennessy said, but not before pushing the blaze to 200 acres.

Different from other blazes, the Coastal fire was fanned not by Santa Ana winds from the desert but by strong gusts coming from the Pacific Ocean.