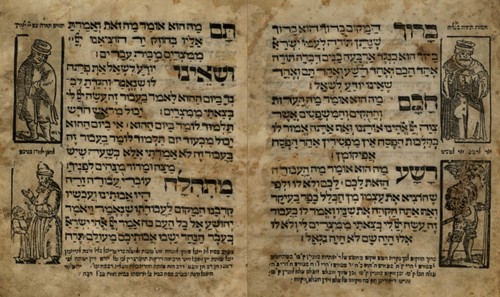 Rare Editions of Haggadah Available for Download Before Passover

Just in time for Passover, the National Library of Israel is making some of the world’s most admired, rare, and valuable editions of the Haggadah available for download online.

The National Library, located in Jerusalem, holds over 15,000 copies of the Haggadah from various time periods and Jewish communities and denominations. The Haggadot made available for download are diverse and often highly renowned.

“The National Library of Israel works tirelessly to make sure that our vast collection gets out of the ivory tower and out into the public,” commented Dr. Yoel Finkelman, curator of the Haim and Salomon Judaica Collection. “Making these Haggadot freely available for use at anybody’s seder, the NLI fulfills its mission as the Library of the State of Israel and the Jewish people.”

One of the Haggadah’s is the so-called “Rothschild Haggadah,” dating from the 1400s. It was created in Italy and illustrated by famed artist Yoel Ben Shimon. Owned by the Rothschild family for some time, it was stolen by Nazi forces during the Holocaust. While its whereabouts were unknown for decades, it was eventually returned to its rightful owners, who donated it to the National Library.

Another example is the “Prague Haggadah,” which dates from 1556 and is one of the earliest examples of a printed version of the text. Only two copies of it have survived. Other versions include the 1738 “Amsterdam Haggadah,” famed for its illustrations; and a Haggadah in Yiddish translation dating from the 1700s.