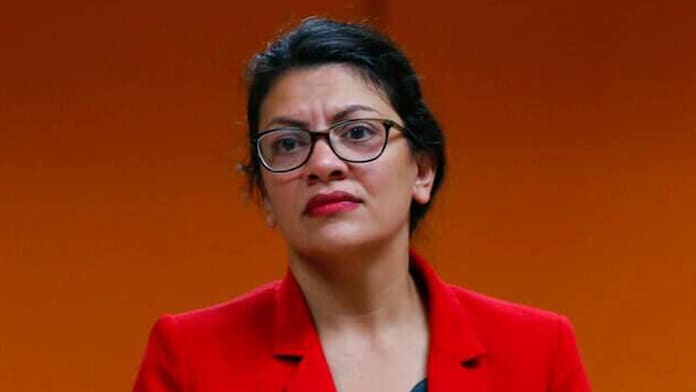 Throwing a snide remark in response to Joe Biden’s Jewish pick for the Secretary of State, with veteran Diplomat Antony Biden, Rep. Rashida Tlaib, D-Mich., has been accused of being blatantly Anti-Semitic.

In a sharp-tongued tweet, Tlaib claimed that she hoped President-elect Joe Biden’s nominee for Secretary of State Antony Blinken doesn’t infringe upon her right to criticize Israeli Prime Minister Benjamin Netanyahu. “So long as he doesn’t suppress my First Amendment right to speak out against [Israeli Prime Minister Benjamin] Netanyahu’s racist and inhumane policies. The Palestinian people deserve equality and justice,” Tlaib wrote on Sunday night.

Her tweet came as a direct response to Faiz Shakur, Senator Bernie Sanders’ 2020 presidential campaign manager, who had called Blinken “a solid choice” during nomination speculations over the weekend. On Monday, Tlaib also tweeted in support of BDS (Boycott, Divestment, and Sanctions), saying, “Pompeo has moved to suppress BDS, a peaceful protest movement protected by the 1st Amendment. I hope that Mr. Blinken and President-Elect Biden’s Administration will change course from Trump’s State Department & not target or suppress support of Palestinian human rights.”

In reaction to these series of tweets, pro-Israel Twitter users criticized Tlaib’s tweets as being anti-Semitic. “If a Jewish American politician tweeted this, they would be immediately accused of being more loyal to Israel than the people they represent…by Rashida Tlaib,” Israel-based writer Hen Mazzig tweeted.

Meanwhile, Americans Against Antisemitism founder Dov Hikind reacted saying, “Biden names a Jew to his cabinet. What’s Rashida’s response?! ‘Welp, as long as that Judische pick doesn’t stop me from focusing my hatred on one country, Israel, then he’s a good Jew!’ It’s not your 1A right you’re trying to protect but your vile Jew-hatred! That’s ALL yours!”

And as long as your interpretation of “justice” for the Palestinians requires the elimination of Jewish statehood, then it’s not Blinken or Biden standing in the way of peace. Rather, it’s the Palestinian leadership and its enablers in the West.

International human rights lawyer Arsen Ostrovsky also tweeted to Tlaib,  “You are just obsessed with Israel and BDS. Why don’t you focus a little more on your district, than engaging in mild Antisemitism and bigotry.”

Mike Harris, one of the founders of San Francisco Voice for Israel, tweeted to Tlaib, “And as long as your interpretation of ‘justice’ for the Palestinians requires the elimination of Jewish statehood, then it’s not Blinken or Biden standing in the way of peace. Rather, it’s the Palestinian leadership and its enablers in the West.”

Previously Tlaib was criticized by House Republicans after describing the “calm feeling” she experienced when thinking about the Holocaust, and as often been at the forefront of such anti-semitic verbal attacks.

Ironically, Tlaib is scheduled to participate in a December 15 panel called “Dismantling Antisemitism, Winning Justice” along with Temple University Professor Marc Lamont Hill, author Peter Beinart and University of Chicago Professor Barbara Ransby. Many Jewish and pro-Israel commentators have criticized the panel for “making a mockery of a discussion on antisemitism for not including a variety of Jewish voices.”