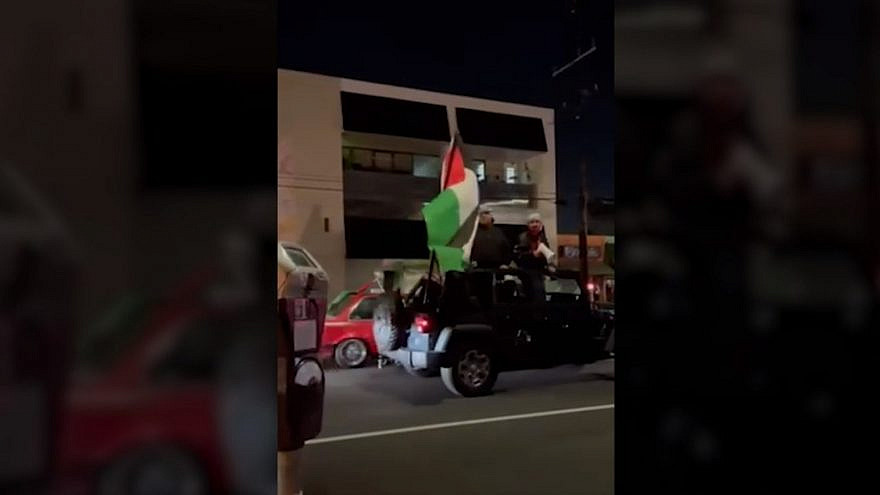 Taking their chaotic protests out of the streets and into people’s personal lives on Tuesday night, a group of raucous pro-Palestine protesters in Los Angeles barged into a restaurant to assault its Jewish diners.

Seeking to find the perpetrators of the hateful attack, the Anti Defamation League is offering a $5,000 reward for information. On Wednesday, several Jewish organizations and lawmakers condemned the assault, with L.A. Mayor Eric Garcetti saying, “We as a city condemn last night’s organized, anti-Semitic attack. Jewish Angelenos, like all residents, should always feel safe in our city. @LAPDHQ is investigating this as a hate crime, and we will respond with the full force of the law. There is simply no place for anti-Semitism, discrimination or prejudice of any kind in Los Angeles,” the mayor continued. “And we will never tolerate bigotry and violence in our communities.”

Accounts of the incident state that several cars with passengers waving Palestinian flags, and yelling “Israel kills children and women every day” and “Free Palestine,” drove past outdoor diners. In response, at least one of the diners yelled an explicative back to the activists, who threw something at the patrons. A number of diners ran into the restaurant while some of the Palestinian supporters reportedly jumped out of their cars, asked if anyone was Jewish, and began pummeling those who responded that they were.