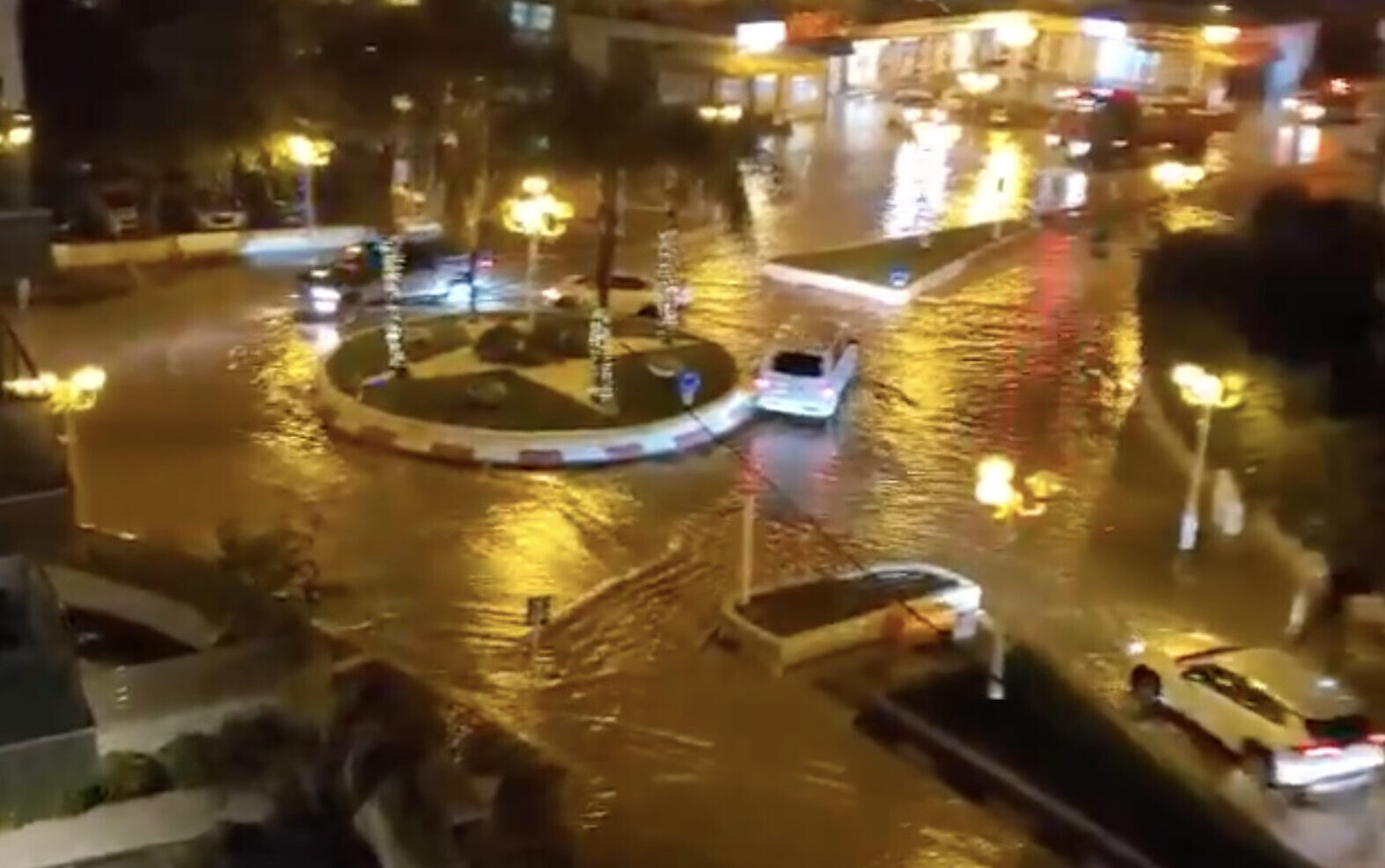 Record-Breaking Rains Cause Flooding In Israel, Expected To Slow Down

Experiencing the wettest November since 1994, possibly due to the devastation of climate change, several parts of Israel witnessed heavy flooding over the past month, with unceasing pools of water clogging up in several Israeli coastal cities on Thursday.

Amidst battering rains and an intense storm surge, some of the worst-hit areas on Thursday were Hod Hasharon, Herzliya, Ashkelon, and Nahariya, all of which have recorded over 100 millimeters of rain since a bout of stormy weather began Wednesday. Dozens of people trapped in cars or buildings by the rainfall were rescued Thursday, and the devastation continued to wreak havoc.

Several residents, as well as Hod Hasharon Mayor harshly condemned the failing infrastructure and “unrestrained building” in recent years that may have added to nature’s fury, especially due to reduced drainage areas. However, some Hod Hasharon residents said the municipality was at fault.

“The drains were clogged, I’m sure,” Itzik Gutterman told the Ynet news site after his car got stuck on a flooded street, requiring his son to come to rescue him.

A train station in Herzliya was closed due to flooding and rail services, preventing rains from halting at the station. In Hadera, dozens of passengers were forced to be stuck at the train station, after water levels rose and flooded the entire exit.

In other instances, several major roads, including Highway 2 and Highway 5, were blocked due to heavy rainfall and the IDF reported that some army bases were flooded, including the Glilot camps in Ramat Hasharon and the Kirya military headquarters. Buildings and IT systems were damaged, but the IDF said all operational activity was to continue as normal.

Owing to the wettest month in Israel since 1994, the northern city of Nahariya also saw major flooding, and some 10 people trapped in ground floor apartments were rescued from the mishap. According to meteorological reports, the storm front was expected to let up in the coming days, with only intermittent rain forecast on Friday and Saturday. Meanwhile, scientists have sounded repeated warnings that climate change will lead to less rain in Israel but to more extreme downpour events.

Learning from last year’s lesson, wherein a more than generous rainfall in the north raised the level of the Sea of Galilee to its highest in decades, the Agriculture Ministry announced in August that it would be investing $43 million in an upgrade of drainage facilities across the country.