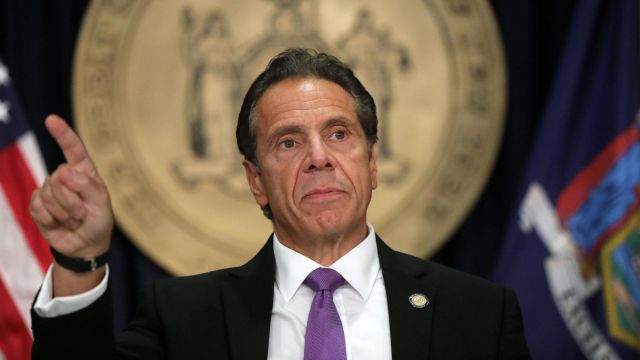 Recovering Addicts Next in Line To Get Vaccine in NY, Says Cuomo

In a virtual press conference on Monday, New York Governor Andrew Cuomo revealed that going ahead, recovering addicts in residential rehab facilities will be among those vaccinated against the coronavirus this week.

During a virtual news conference in Albany on Monday, Cuomo said the state was expecting to receive a combined 259,000 doses of Pfizer/BioNTech and Moderna vaccines this week, which would be put to use among health officials as well as those recovering from addiction. “In addition to urgent care center employees and individuals who are administering the COVID-19 vaccines, for obvious reasons,” Cuomo said that shots would be given to residents of “OASAS” — the state Office of Addiction Services and Supports.

According to the State Department of Health, residents and staffers will be vaccinated at both the state-run and privately operated rehab centers, as well as at facilities run or licensed by the Office for People with Developmental Disabilities and the Office of Mental Health. Emergency medical services personnel, medical examiners and coroners, and some funeral workers will also get shots, a DOH spokeswoman said.

As reported by the NY Post, Luke Nasta, a director of the New York Association of Substance Abuse Providers, said the non-profit group had lobbied for rehab patients to receive vaccinations.CEO of the Camelot Family Foundation which runs two residential treatment centers on Staten Island, Nasta said it made sense to give the shots to drug users because they were most likely “to get the disease and spread it. “We were overlooked initially. We got the governor’s office’s attention and Gov. Cuomo acted appropriately,” he said.

Talking about the current rate of infections during the same conference on Monday, Cuomo said that the percentage of New Yorkers who tested positive for coronavirus jumped from 5.8 percent to 8.3 percent over the three-day Christmas weekend, stressing on the fact that New Yorkers need to remain a lot more conscious.