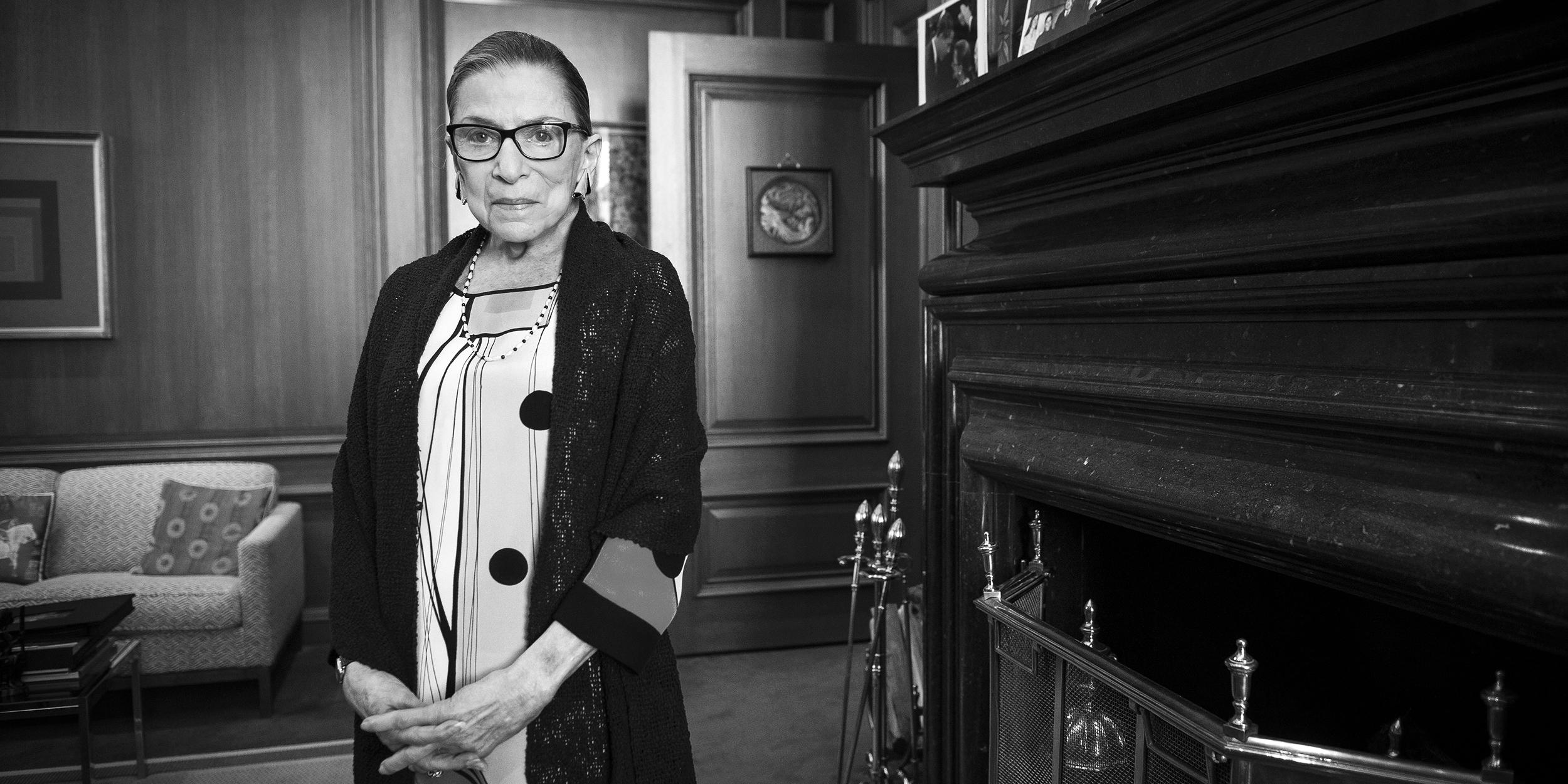 Remembering Ruth Bader Ginsburg: A Voice of Dissent, A Personality of Persistance and a Champion of Women’s Rights

Known for her revolutionary judgments, her firebrand persona, and her scathing dissent, 87-year-old legend Ruth Bader Ginsburg bid adieu to the world on Friday, the first night of Rosh Hashanah. Born in 1933 to a Jewish family in Brooklyn, she faced numerous challenges, but made her way through to the Supreme Court, as the second woman Justice in history, following Sandra Day O’Connor.

During her stellar legal career spanning over 27-years, Ginsburg established a reputation as a towering champion of gender equality and women’s rights and earned the sobriquet ‘Notorious RBG’, for her scathing dissents and proclivity for asking tough questions.

After a rough childhood, Ginsburg stepped into the male-dominated world of law and legality and went on to attend the Harvard Law School, alongside her husband Mr.Martin Ginsburg. Playing a pivotal role in her success, Mr. Ginsburg campaigned for his wife’s supreme court nomination and took on work at home, which was traditionally expected of women.

Ginsburg in hour journey towards excellence, was the first tenured professor at Columbia Law School before she was appointed to the United States Court of Appeals as a judge. In 1993, then U.S. President Bill Clinton appointed her to the Supreme Court – the second woman in that position. Whilst holding office as the presiding judge, Ginsburg gained immense recognition as a global liberal and gender parity advocate, as she began writing majority opinions and dissents on gender equality, women’s rights, same-sex marriage, strengthening the Voting Rights Act, and more such topics of significance.

Warding of her recurring cancer twice, she stood undefeated and claimed she would work as long as she could physically manage. A vocal liberal, Ms. Ginsburg said she hoped a replacement would not be found before the presidential elections. “My most fervent wish is that I will not be replaced until a new president is installed,” she had said in a dictated statement to her grand-daughter Clara Spera.

A popular youth and feminist icon, Ms. Finsburg was mourned by a swathe of supporters globally, both- on and off social media. In the hours after news of her death broke, mourners gathered outside the Supreme Court of the United States here in Washington, bringing candles and flowers to mark Justice Ginsburg’s life and passing.

With her passing away on Rosh Hashanah, one of the most auspicious days in the Jewish Calendar, several tweets claimed, “According to Jewish tradition, a person who dies on Rosh Hashanah, which began tonight, is a tzaddik, a person of great righteousness”, and rightfully so.

According to Jewish tradition, a person who dies on Rosh Hashanah, which began tonight, is a tzaddik, a person of great righteousness. Baruch Dayan HaEmet.