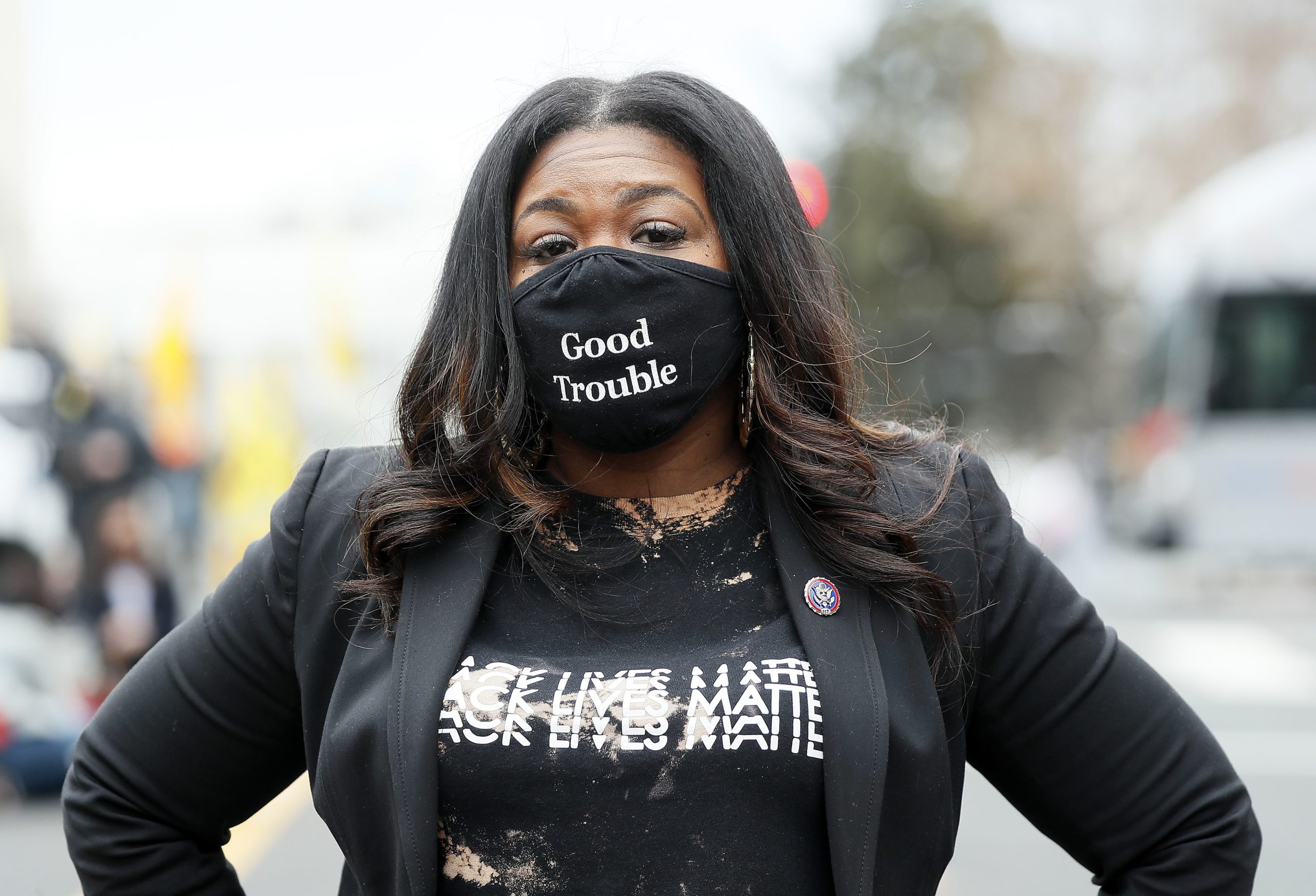 Jewish groups have strongly condemned Rep. Cori Bush (D-Mo.) for fundraising and associating with an anti-Semitic activist who once said she wants to burn “every Israeli” alive.

“I want to set Israel on fire with my own hands & watch it burn to ashes along with every Israeli in it. Call it what you want to call it idc,” said Neveen Ayesh, a government relations coordinator at the Missouri chapter of American Muslims for Palestine (AMP), in one of her many rants. She has a history of calling for the destruction of Israel and vowing to take part in it.

Ayesh has helped Bush organize several fundraisers. The most recent one was July 16.

In a statement, Canary Mission said Ayesh’s social media posts were “some of the very worst” they had archived on their website. They added that they demonstrated “a deep and consistent hatred for Jews, whether they live in the U.S. or Israel.”

“Congresswoman Bush’s tolerance of Ayesh’s anti-Semitism sits in stark contrast to her opponent Missouri State Senator Steve Roberts, who has condemned anti-Semitism in the clearest of terms,” said a spokesperson for the organization.

“Cori Bush has long known that many of her friends and supporters are anti-Jewish bigots,” said Roberts in an open letter shared on his campaign website. “Instead of walking away she decided to cash their checks and hop on their payroll.”

“Cori Bush is openly anti-Semitic, and her hatred and constant demonization of Israel is indefensible and offensive,” Roberts added. “She has repeatedly voted against vital and bipartisan U.S. defense funding for Israel, including replenishing the Iron Dome Missile defense system, which protects hundreds of thousands of innocent civilian lives each year,” he said.

Several Jewish groups expressed concern over Bush’s association with Ayesh, including the Simon Wiesenthal Center, which said, “What part of this anti-Semitic activist did Rep. Bush not know about? Her wish to see Israel and the world’s largest Jewish community burn and be reduced to ashes? Her support for Hamas terrorism? Do these sentiments reflect Cory Bush’s worldview? If not say so and return the money!”