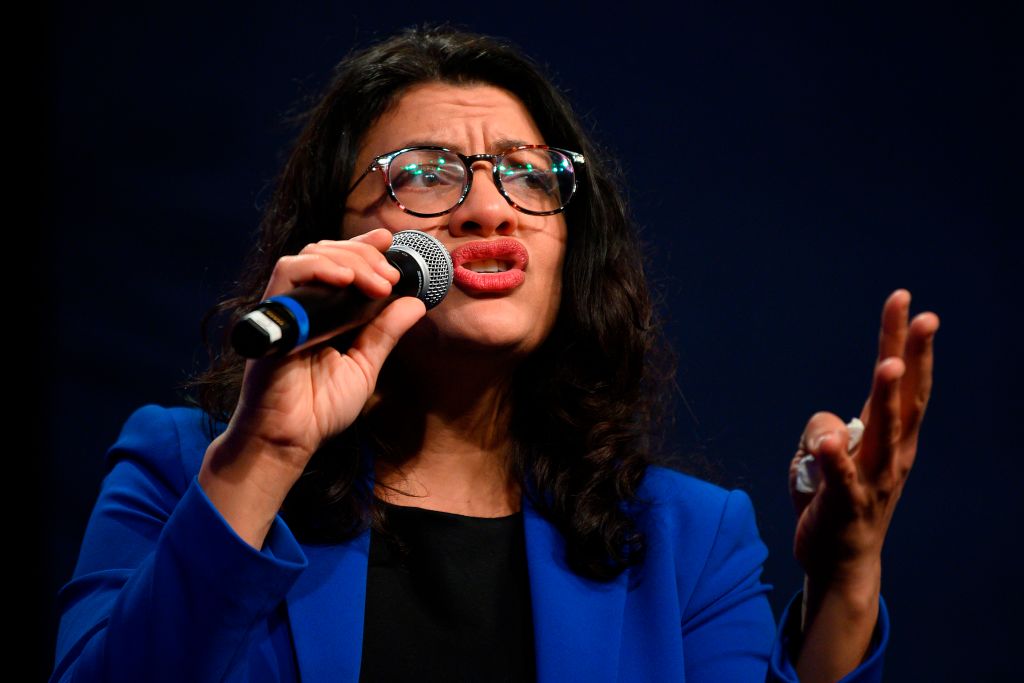 With a fresh set of blatantly anti-semitic remarks added to her arsenal, US Rep. Rashida Tlaib delivered a hateful opening speech at the virtual Democratic Socialists of America (DSA) 2021 National Convention.

In her speech, she referred to “people behind the curtain” who oppress the people of Palestine as being the same people in the US who “make money off of racism” and “exploit the rest of us for their own profit.”

She added, “As I think about my family in Palestine, that continue to live under military occupation and how that really interacts with this beautiful Black city I grew up in, you know I always tell people cutting people off from water is violence, and they do it from Gaza to Detroit. I know you all understand the structure we’ve been living under right now is designed by those that exploit the rest of us, for their own profit … I don’t care if it’s the issue around global human rights and our fight to free Palestine.”

Reacting to her hateful and false speech, ADL CEO Jonathan Greenblatt slammed Tlaib saying, “Stunning to hear @RashidaTlaib claim “behind the curtain,” those who prevent a “free Palestine” are the “same people” who exploit “regular Americans. We’ve heard this kind of ugly #antisemitic dog whistling before, but it’s appalling when it comes from a member of Congress.”