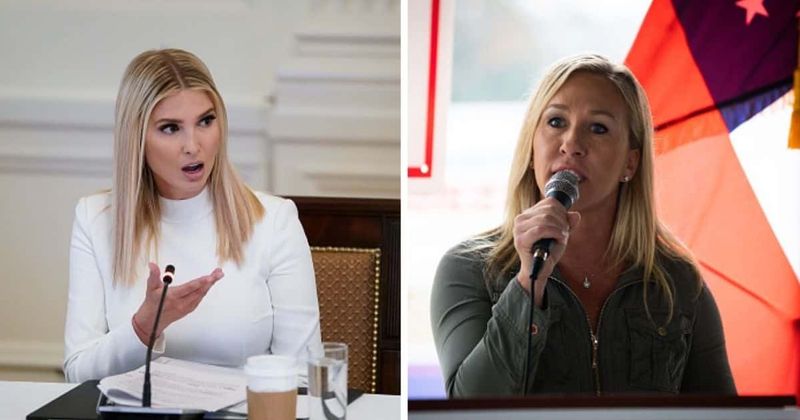 According to a report by Daily Mail, Ivanka Trump is urging her father to cut ties with Marjorie Taylor Greene due to her anti-semitic history. Fearing the Jewish community will hold it against her in a possible election bid, Ivanka plans to keep her stronghold over the demographic when she will possibly challenge Marco Rubio in the 2022 Senate race.

Ivanka Trump is looking to formally cut ties with controversial Republican and QAnon supporter Marjorie Taylor Greene due to her anti-semitic track record. Taylor Greene has expressed her belief in the QAnon conspiracy theory which is rich in anti-Semitism. She also signed an online posting in 2018 that accused Jewish billionaire George Soros and the Rothschild family of being involved in the conspiracy, which alleges that powerful figures run an international pedophile ring and influence world policy.

As reported by Daily Mail, an insider who is familiar with the matter claimed, “Ivanka is worried that people, including those in the Jewish community, will automatically assume that she approves of Marjorie because of her dad’s affiliation with her. ‘Donald just loves Marjorie and makes no secret about it. He’s called her a rising star and now Marjorie boasts that she is the female version of Trump. This just drives Ivanka nuts and she thinks they should all cut ties with her and her and her bizarro ideas. She won’t say it on a loudspeaker, but Ivanka does not want to be associated with Marjorie. She’s too extreme. Ivanka is all about Ivanka and preserving her reputation. She prides herself on being the rational one and is staying clear of anyone who could jeopardize her image and her political aspirations.”

Meanwhile, there have been several speculations that Ivanka will run for the US Senate in Florida in 2022. The businesswoman could be set to challenge Marco Rubio in the race after it was reported that she would like a political career of her own after working for her father as an advisor during his presidency. Although it was once thought that the Kushners would return to New York City and resume their pre-White House lives on the Manhattan social scene, it’s clear now that they are establishing roots in the Sunshine State as the Kushner couple signed a one-year lease on their condominium in the Arte Surfside, which is one of Miami’s most coveted oceanfront buildings.