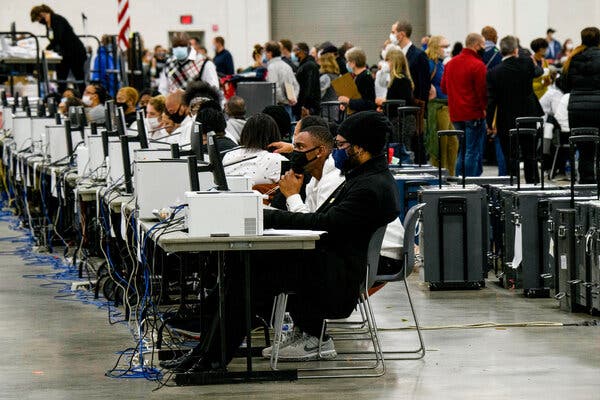 Two Republican GOP members on Michigan’s Wayne County Board of Canvassers rescinded their votes to certify the elections in a signed claim on Wednesday which stated that they were bullied into siding with Democrats.

Monica Palmer and William C. Hartmann decided to rescind their certification after a showdown on Tuesday, wherein both Republicans were made to certify the elections after being bullied by the Democrats on the Board. Both Republicans said they were called racists and subjected to threats for raising concerns about ballots that Democrats said were from predominantly Black communities.

Coming to the statistics, Wayne County, which includes Detroit, is Michigan’s most populous county, with more than 1.7 million residents, which is why the votes are crucial.

Statements from both the members strongly substantiated the fact that they were pressured into certifying the votes earlier, but eventually gathered the courage to stand against the bullying. Hartmann said in the affidavit that he observed about 71% of Detroit’s 134 Absent Voter Counting Boards “were left unbalanced and many unexplained.”

He said he voiced his concerns and said if the votes did not match, there should have been some kind of explanation. “I voted not to certify, and I still believe this vote should not be certified. Until these questions are addressed, I remain opposed to certification of the Wayne County results,” he added.

Palmer said she spotted the same discrepancy. Palmer said in her affidavit that she faced “accusations of racism” and threats to her family. “After the vote, my Democratic colleagues chided me and Mr. Hartmann for voting not to certify. After the vote, the public comment period began and dozens of people made personal remarks against me and Mr. Hartmann. The comments made accusations of racism and threatened me and members of my family. The public comment continued for over two hours and  I felt pressured to continue the meeting without a break,” she wrote in the affidavit.

Upon voicing the injustice, the duo was praised by several Republicans, as well as President Trump for standing up to brutal personal attacks from Democrats who called them racists.