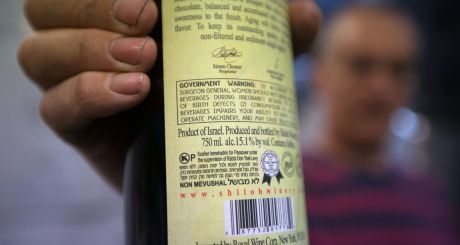 Seven Republican senators introduced and backed a bill that would mandate former President Trump’s order requiring products from the portion of the West Bank controlled entirely by Israel to be labeled as originating in Israel.

The Anti-BDS Labeling Act, which follows the recent Ben & Jerry’s fiasco, proposes not to rescinded former President Trump’s order, which applies to goods manufactured in Area C, which is under Israeli control. Divided into 3 areas- Area A is under total Palestinian Authority control, and Area B is under joint Israel-P.A. control. Under Trump’s order, products from those areas are labeled as coming from the West Bank.

Introduced by Sen. Tom Cotton, R-Ark., the name of the act refers to the movement to boycott, divest from, and sanction Israel. In addition to Cotton, the bill is being backed by Marco Rubio and Rick Scott of Florida; Marsha Blackburn and Bill Hagerty of Tennessee; Ted Cruz of Texas; and John Boozman of Arkansas.

As it stands, Republican lawmakers have been talking about enacting the Trump order since Dec. 23, when the president issued the measure less than a month before leaving office. But alas, it looks like the law has no place in a now Democratic majority.