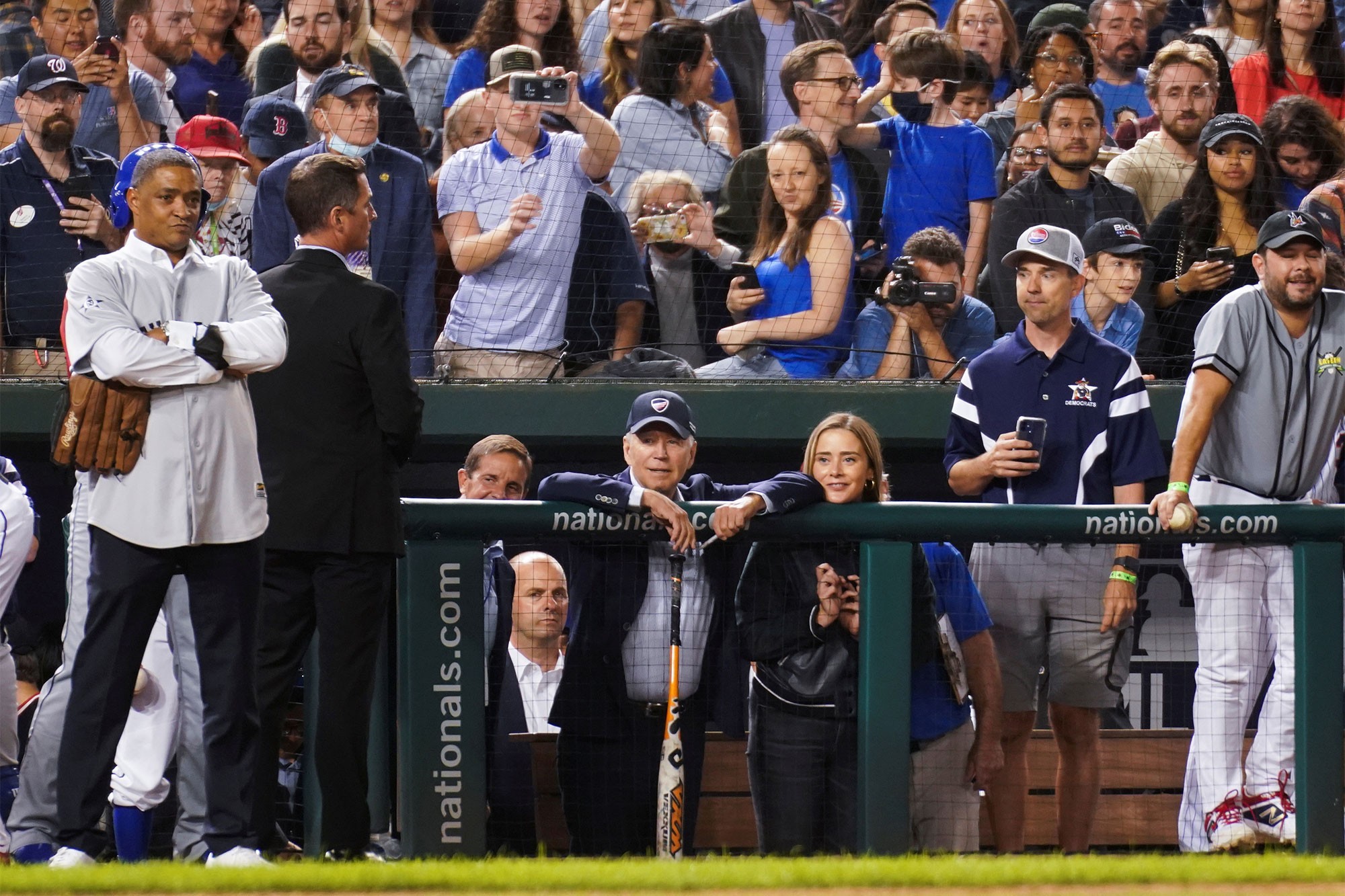 Biden who attended the game to seek support for a pair of multitrillion-dollar infrastructure bills that face an uncertain future on Capitol Hill was greeted by a chorus of boos from the Republican side of the stadium.

Sources said the Republicans outnumber the Democrats and some of them shouted “Joe sucks!”

Some activists took time to display banners urging the passage of the larger spending bill.

Despite the boos, Biden calmly made his way into the third-base dugout, where he chatted with members of the Democratic team.

A moderate GOP House member revealed some 22 and 24 Republicans were expected to support the $1.2 trillion bill as of Wednesday night, despite instructions from party leadership to oppose it.

Despite the looming support, it is expected that the number likely would not be enough.