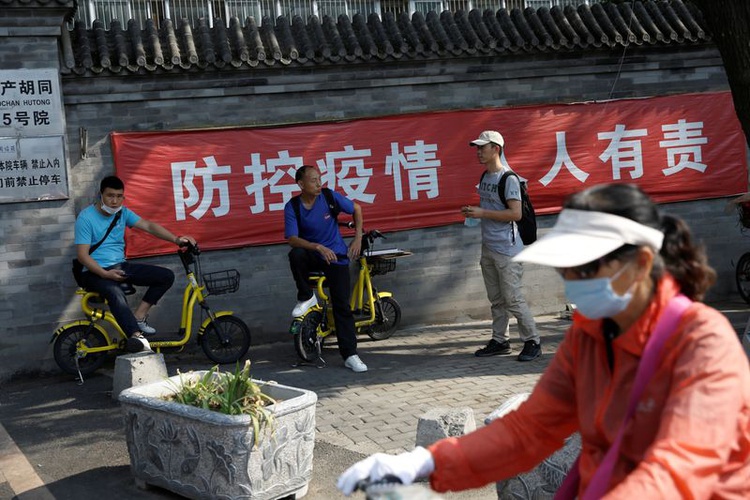 Relaxing its guidelines after a considerable dip in COVID cases over the past few days, Beijing has eased the stringency over wearing masks in public. With no new locally transmitted cases across the mainland over the past 5 days, the Beijing Centre for Disease Prevention and Control announced that wearing face masks is no longer mandatory outdoor in Beijing.

Putting citizens at ease, Beijing health officials dimmed down the strict rules and regulations put up to curb the spread of coronavirus, after 13 days of an all-time transmission low. With no new cases popping up in the past two weeks, Chinese officials allowed it’s citizens to take a whiff of some fresh air, without having to constantly worry about the virus.

This being said, despite the new, relaxed safety guidelines mandated by the health authorities, a large proportion of people continued to wear masks in Beijing. This is by far the second time this year, that Beijing’s health authorities have relaxed guidelines on mask-wearing in the capital. The capital has largely returned to normal after two rounds of lockdowns brought it to a standstill.

While some citizens said that the masks made them feel appropriately shielded and safe, some mentioned that constant fear of social pressure made them keep their masks on.

When asked about the state of things and a reaction to the recent turn of events by Reuters, a 24-year old Beijing woman surnamed Cao said, “I think I can take off my mask anytime, but I’ll need to see if others accept it. Because I’m afraid that people would be scared if they see me not wearing mask.”

The country has shut its borders to most non-Chinese citizens and has reported a total of 84,917 cases since the outbreak began.

Overall, China has reported no new locally transmitted cases on the mainland for five days after successfully controlling flare-ups in the capital, Xinjiang, and elsewhere. The success of the country in controlling the pandemic has been deemed by experts as, “a result of the strict enforcement of local rules, including wearing masks, mandatory home quarantine and participating in mass testing.”