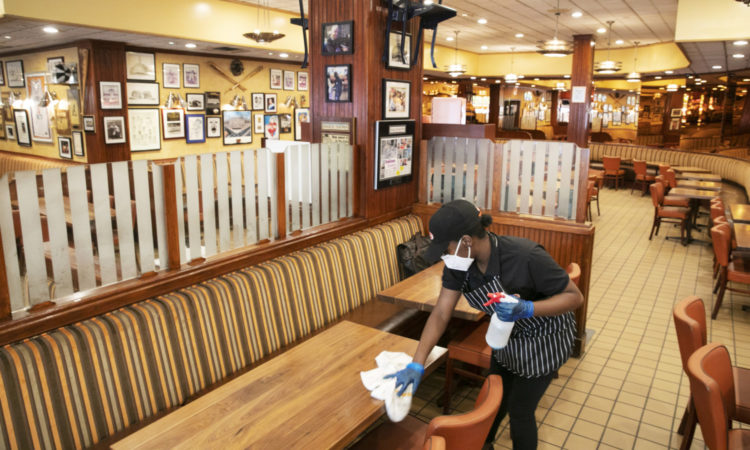 Restaurateurs Fume At Cuomo For Suggesting A 25% Capacity Reopening Again

New York’s restauranteurs have had enough. To top surmounting losses, repeated closures, limited capacity dine-in’s, now, Governor Andrew Cuomo has suggested a reopening plan that might be capped at a 25% indoor capacity, and restaurant owners are not happy.

In a conference on Wednesday, Cuomo shad suggested that he’ll have an update on indoor dining in New York City by week’s end — but, “We’re looking at going back to the 25 percent.” Claiming that any further restrictions were outrageous when their counterparts in other parts of the state were already allowed to open at 50 percent, restauranteurs across the Empire State expressed their concerns with the Cuomo administration yet again.

New York City restaurants closed to indoor dining entirely in mid-December after being allowed to serve at 25 percent capacity in the fall. Speaking to the NY Post Syed Hossain, owner of the 32-seat Tikka Indian Grill in Williamsburg, Brooklyn — which would be able to serve only eight indoor customers at a time said, “Twenty-five percent? We can’t! It’s stupid — I’d be losing money.”

“What are we going to do with 25 percent? It’s a joke!” said Vincent Malerba, 42, who owns four Staten Island restaurants. “It’s disgusting. I go to the gym, touch everything, get a haircut, but nobody can go to dinner? You can go to New Jersey, my friends’ restaurants have an hour wait on a Tuesday,” Malerba lamented. Malerba said there are “no words” to describe how he and other restaurant owners feel about Cuomo.

Meanwhile, Andrew Rigie, executive director of the New York City Hospitality Alliance, urged a reconsideration of the 25-percent plan. “New York City has lower infection and hospitalization rates than nearly all counties in the rest of the state where indoor dining is open at 50 percent occupancy,” he noted. “Our city’s restaurants must be treated equitably and reopened safely.”